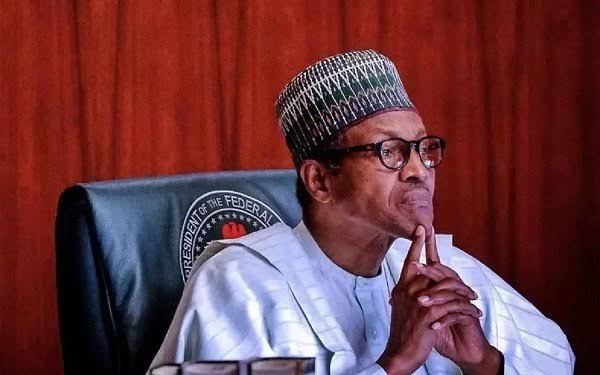 It is exactly six years that the Muhammadu Buhari-led All Progressives Congress (APC) administration came on board after wresting power from the Peoples Democratic Party (PDP), which was on the saddle of power in the country for 16 years.

President Buhari first defeated the PDP candidate and former President Goodluck Jonathan in 2015 because of what pundits see as his inability to solve the country’s major challenges, especially the increasing state of insecurity, the rising rate of unemployment and the scourge of corruption.

The feat was achieved because majority of Nigerians believed that a central government led by Buhari would fulfill all its campaign promises.

The incumbent president focused his 2015 election campaigns on three key matters affecting the country – corruption, insecurity and the need to revive the economy.

Two of these three campaign promises were well captured among the eight cardinal programmes the APC manifesto pledged to offer Nigerians if voted into power in 2015.

Despite the fact that the three campaign promises deliberately chosen by Mr President have not been fully realized, against the high expectations of Nigerians, Buhari was re-elected for a second term of four years in 2019. He defeated another PDP candidate and former Vice President Atiku Abubakar in a keenly contested election.

Buhari repeated these promises during the re-election campaign and sued for more understanding from Nigerians based on past mistakes and unforeseen circumstances that affected his first term of four years.

Analysts say the re-election was made possible because of support from his die-hard supporters who believe that he should be given more time, and the quest for power rotation to the southern part of the country.

But six years down the line, the three key electoral promises seem not to have been redeemed.

There has been a resurgence of insurgency – terrorism in the North-East, banditry and cattle rustling in the North-West and North-Central, kidnapping and farmers-herders clashes in the South-West and other parts of the country, attacks on government buildings, offices of the Independent National Electoral Commission (INEC) and security formations in the South-East.

The activities of secessionist groups in the South-West and South-East have added another dimension to the challenges of insecurity in the country.

In fact, Boko Haram, bandits, kidnappers, gunmen, cultists and members of the proscribed Indigenous People of Biafra (IPOB) have continued to constitute major threats to the country.

In view of the challenges, President Buhari had to concede to the calls for the change of security chiefs and brought in a new Chief of Defence Staff, General Lucky Irabor; Chief of Army Staff, the late Lieutenant-General Ibrahim Attahiru, now replaced by Major-General Farouk Yahaya; Chief of Naval Staff, Vice Admiral Awwal Zubairu; Chief of Air Staff, Air Marshal Isiaka Amoo; and the acting Inspector-General of Police, Usman Alkali Baba.

On the fight against corruption, the anti-graft agencies, especially the Economic and Financial Crimes Commission (EFCC), seem to have fared well. However, the demand for accountability and transparency in the handling of recovered loots and property has put a snag on its achievements.

This is said to have been a major reason Ibrahim Magu was sacked as the acting boss of the EFCC after a presidential probe on alleged diversion of recovered loot and replaced with a substantive chairman, Abdurasheed Bawa.

On the pursuit of economic growth, the target has been hindered by the drop in the price of crude oil, recessions and the COVID-19 pandemic in the midst of skyrocketing increase in the prices of commodities.

I’m Tired Of Covering Up For My Husband—Woman Begs…

When contacted, a political analyst, Dr Abubakar Kari, while assessing the current government based on its main campaign promises, said the Buhari administration had underperformed in the three key areas of the economy, fight against corruption and tackling insecurity.

Dr Kari, who said President Buhari had performed below expectation these past six years, added that he had “not delivered on his promises to the satisfaction of friends and foes alike in those areas he had personally chosen as his signature projects.”

He said, “Buhari rode on the crest of unprecedented popular public support. Most Nigerians believed he was the answer to the myriad of problems that beset the country, prior to his ascension. His experience as a former military leader, reputation as a man of impeccable character and integrity, and the fact that for 12 years he struggled to win the presidency, persuaded many Nigerians that he was the right person for the job.

“The economy has remained in the doldrums. But to be fair to Buhari, he has been unlucky to encounter great and daunting challenges he clearly never envisaged. At the beginning of his first term, elements from the Niger Delta embarked on willful blowing and destruction of pipelines and flow stations, at a time, bringing production level to less than a third of the country’s OPEC quota. Foreign exchange plunged to the nadir. The country also got trapped in the cyclical global recession twice.

“To cap it all, the devastating effects of the COVID-19 pandemic are still being felt. But beyond that, the management of the economy has been less than convincing and has been characterised by policy inconsistencies and contradictions. The consequence, simply put, is that on a scale, Nigerians are worse off today than they were six years ago.

“The verdict is really out on what the true situation is in regard to fighting corruption. Spectacular successes have really been recorded within the period, particularly in terms of processing, prosecution and conviction of corrupt persons, quantum of proceeds of corruption seized and the calibre of the politically exposed persons that got into trouble – otherwise untouchables – including a sitting Senate president and Chief Justice of the Federation.

“The snag is that massive and pervasive corruption is still going on almost unabated, and some of those allegedly involved include persons very close to the president and top government officials.

“In the area of insecurity, even Buhari’s most diehard supporters are aware that Nigeria is far less secure than in 2015. Armed non-state actors (so-called armed bandits, kidnappers, self-styled regional/ethnic security outfits, unregulated self-help groups, even some who go by the name unknown gunmen), are having a field day killing, maiming, destroying private and public property and dispossessing people. The Boko Haram insurgency has become intractable (even though bombs no longer go off outside the main theater of war). It is truly frightening and appalling and unbelievable that this could happen under Buhari!”

However, the director-general (DG) of the Voice of Nigeria (VON) and a chieftain of the ruling APC from Enugu State, Mr Osita Okechukwu, scored the Buhari administration above average.

Okechukwu said the administration had invested and committed more human and material resources in agriculture more than any other regime in the post 1970 Nigeria.

He said the process remained a precursor towards economic growth.

He, however, admitted that security was one of the downsides of the administration as President Buhari was equally disgusted over the general insecurity in the land.

Okechukwu said, “In reference to President Buhari’s regime in the last six years, without being immodest, one scores him above average. However, one must not shy away from some downsides.

“Secondly, he has constructed more roads, railways and other physical infrastructure more than the 16 locust years of the PDP. These, to me, are veritable foundation for diversification of our economy and signpost to revamping our economy.

“The downside is palpable insecurity in the land. Mr President, like most Nigerians, is disgusted over the general insecurity in our dear country.

“We must accept some unforced errors of ours. However, Mr President neither generated the sharp decline of oil prices immediately he took office in 2015 nor the COVID-19, which dealt heavy blow to our mono-economy and worsened the security situation in Nigeria.”

Also speaking, Dr A. Babalola, a senior lecturer and the head of the Department of Economics, Al-Hikmah University, Ilorin, said, “Inflation is one of the KPI. Every Nigerian does not need the National Bureau of Statistics (NBS) or Central Bank of Nigeria (CBN) data to inform him of the price level as it is quite apparent and conspicuous that the price hike is biting hard on employees, not to talk of the unemployed.”

On security, Dr Babalola said, “We do not need security threat index to tell us the level of insecurity in the country. Before 2015, banditry and kidnapping were quite insignificant, but as at today, even the children at homes understand the words and the so-called ransom more than their study in school. What has caused this? It is because insecurity has become the talk of the country.

“Summarily, the present administration has reduced corruption and improved the economy, but it is still not significant. When it comes to insecurity, much needs to be done as it is really causing lots of rumple in Nigeria’s economy.”

OPINION: State Of The Nation; Is APC Truly The Stone In Our Shoe?