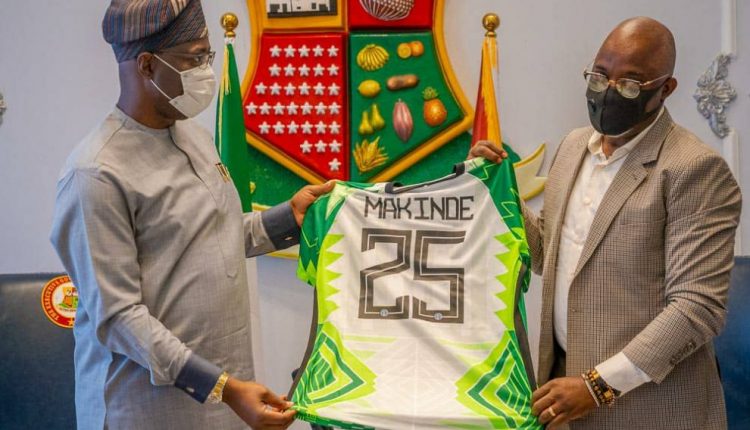 The NPF boss was visiting Governor ‘Seyi Makinde at his Agodi office during his Ibadan visit to inspect the progress of the Lekan Salami stadium.

Pinnick expressed his shock at the speed and quality of the work done and marveled at how much the stadium has been transformed. He also noted that the work done by the Oyo State government is sure to attract more requests to host sporting events as well as investments.

He assured the Oyo State government that the necessary accreditation would be given to the stadium as soon as it opened for sporting activities.

He said: “Now, the next thing is to get the necessary accreditation and endorsements from CAF and FIFA, which we are going to work on once they lay the tracks and complete other finishing touches”

I want Oyo State to be part of the FIFA Connect Programme; the programme means where you identify players you connect them to a FIFA programme.”

Governor Makinde also spoke during the visit and promised that his administration would key into the FIFA Connect Programme to discover upcoming football/sports talent in Oyo State.

Sunday Dare, Odegbami, Others To Chat Football Business In Ibadan