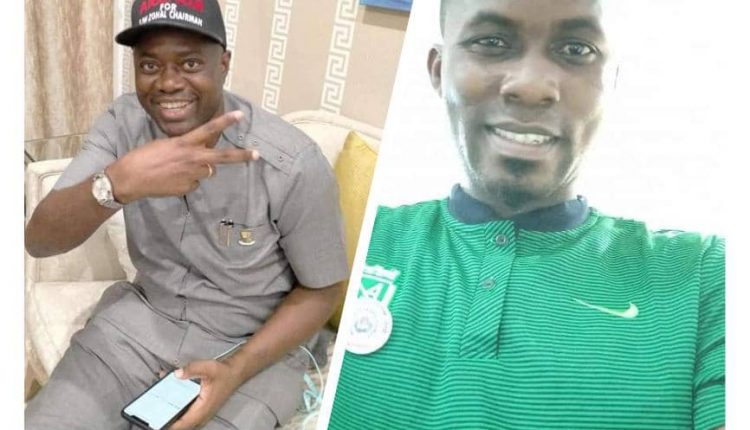 “I would rather do the work and not get the credit than insist on getting credit for every work I do.” GOV. SEYI MAKINDE

Someone said something about His Excellency, Engr Seyi Makinde some months ago that made him thought of sharing the below experience in his private-sector territory with us.

It took him some time before setting up Makon in 1997, rather than refer to himself as the Managing Director or General Manager or CEO, He called himself the Operations Manager (OM).

People would come into his office wanting to see the boss, and mistaking his office for the reception. It actually took His Excellency Engr Seyi Makinde five years of working for Makon to get the role of Managing Director. He makes sure the title was earned. And even today, He still does not care for titles. He is fond of telling people that ” My name is Seyi Makinde, whatever title they choose to add is out of deference.”

This is not a common mindset in Nigerian political circles. In fact, when Makinde first assumed office in May 2019, the fact that he was not primarily interested in getting credit for work done made people, charlatans Vilified being WAILERS and Purveyors of fake news think that he was not doing anything and some even referred to him as an Audio Governor.

According to Confucius one of the ways to bring about reforms in society is for individuals to reform themselves and their way of thinking. Our society is full of people who want to take all the glory even for work not done. So many people believe in answering grand titles. But if we are looking to make a real impact on society, we should be asking ourselves what we can do to contribute to a better society.

I remember when Gov. Seyi Makinde told some of his friends that he wanted to run for political office, they were alarmed. One of them asked, “Can one person change the world?”

JUST IN: OYSIEC Postpones Oyo LG Polls By One Week

We are approaching the time of our second year in office anniversary come May, 29th 2021 and this is a good time to evaluate our activities for the past two years of successful administration and good Governance and think about what adjustments to make going forward.

Man Caught Hiding Meat He Stole From Abattoir Under His Clothe (Video, PHOTOS)