Man Caught Hiding Meat He Stole From Abattoir Under His Clothe (Video, PHOTOS) 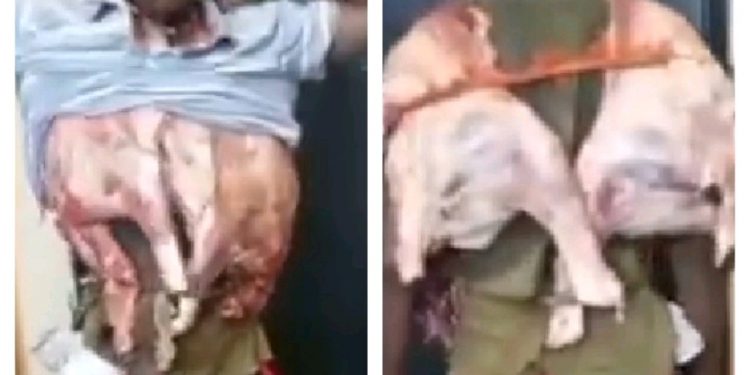 A video of a man who was caught after he went to an abattoir to steal meat is presently trending online. The man went to the abattoir with a red rope which he used to tie the meat and covered it with his clothes.

Those who caught him made a video of him showing how he smartly tied the meat and wore a polo to cover it.

In the video, the man was told to face the camera and remove his clothes. He removed the first and was told to take off the second one. By the time he removed it, two animals were seen around his chest which he tied with a red rope.

He was told to turn around and by the time he did, two meats were seen underneath his clothe. He did it in a way that no one would be able to notice.

The man was seen while he was entering the abattoir and he was traced to the point where he was caught.