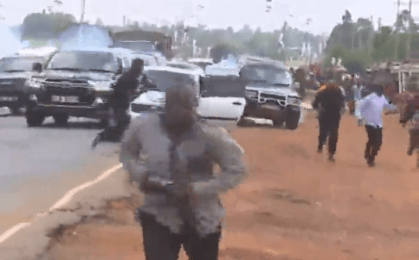 The Governor of Imo State, Hope Uzodinma was on Monday came under attack by some unknown gunmen which caused pandemonium.

A video captured the moment the governor narrowly escaped the attack as security operatives engaged the unknown gunmen in a duel.

Igangan: Don’t Wait For Police, Amotekun To Defend You –…

As at the time of filing the report, it is unknown if any casualty was recorded from the attack that saw journalists scampering for safety as well.

JUST IN: Sowore Reportedly Shot In Abuja, Rush To Hospital