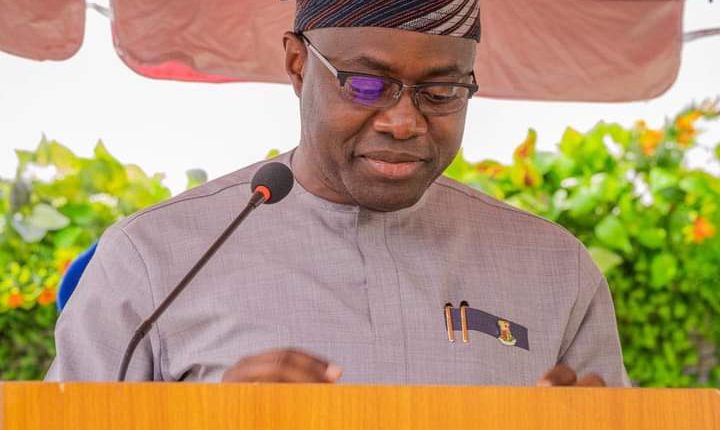 The People’s Democratic Party, (PDP) in the South-west has commended the Oyo State governor, Seyi Makinde for his performances in the last two years in the state across all sectors.

The party in a statement by its Publicity Secretary, Chief Sanya Atofarati and made available to Tribune Online in Ado-Ekiti, the Ekiti State capital, on Monday said the governor’s giants strides across all sectors was, “superlative and surpassing the people’s expectations in just two years.”

The PDP explained that the people of the state have experienced the real dividends of democracy from the deliberate efforts of the administration in the area of economy, education and infrastructure development.

The statement reads, “We are very proud of Governor Seyi Makinde’s awesome achievements in the Pacesetter State since assuming office on May 29, 2019.

“Indeed, GSM has proved the critics wrong by hitting the ground running from the blast of the whistle on May 29 2019 giving the dividends of democracy to the people of Oyo State in a manner that was unsurpassable in the annals of the history of the state.

“His slogan of lifting the people from poverty to prosperity is gradually working magic from workers’ welfare to educational development, primary health care delivery, to gargantuan leap in infrastructure facelift among others, it was glaring even for the blind to see that silent revolution is going on in the state.”

Speaking further, the PDP spokesperson stated that “Governor Seyi Makinde displayed uncommon courage and political maturity by joining hands with other governors of the region to find a lasting solution to insecurity problem ravaging the Southwest informing the Amotekun security outfit which was launched in Ibadan, the state capital.

“It takes the courage and sagacity of a patriotic leader to shun his political affiliation and align with the opposition in the pursuit of peace and security of his people.”

The party advised residents to cooperate with the governor in his quest to transform the state and eschew any form of divisive tendencies, “so that the dream of Governor Makinde to take Oyo State to the next level is realized.”