My Administration Has Completed Over 600 Projects In Education Sector ― Makinde 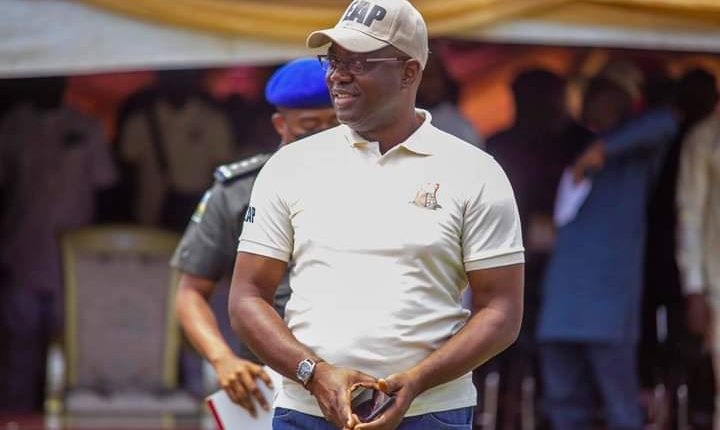 Governor Seyi Makinde of Oyo State, on Monday, said his administration has completed over 600 projects in the education sector over the course of the past two years.

Makinde made this disclosure during the inauguration of a model school building at the St. Paul’s Anglican Basic School, Okutapemo, Iseyin.

He said his administration is able to fix hundreds of projects in the education sector because it paid Universal Basic Education Commission (UBEC) counterpart funds of N1.51 billion for 2019 and 2020 which enabled the state to access requisite matching grants.

Describing the hundreds of schools projects as verifiable, Makinde challenged those doubting the number and location of the projects to come forward with contrary evidence.

While speaking at the Iseyin venue of the model school building, Makinde stated that the building is one of 26 such projects completed in the last one year across all zones of the state.

Relying on scientific thinking, data and logic, Makinde said the government has been able to reduce that infrastructure deficit in the education sector by building and renovating more schools and providing furniture materials and equipment.

He said: “When we looked at the data for education after we got into office two years ago, two things stood out. We had a huge number of out-of-school children. We had the highest number of out of school children in Southwestern Nigeria.

“Even those who were in school lacked proper facilities and a conducive learning environment.

“So, we had to come up with solutions that would address these challenges. One of the things we noticed immediately was that the number of out-of-school children was a symptom of a bigger problem: The problem of poor funding. So, one of the first things we did was to reverse the trend of poor budgetary allocation to education. “We revised the budget we met and increased allocation to education from about 3 per cent to 20 per cent.

“And when we made our own first budget, we allocated over 20 per cent to education, which surpassed the UNESCO-recommended 15-20 per cent. For the past two years, this has remained the standard. Education gets over 20 per cent of our budgetary allocations.

“A related problem was that basic education was suffering from poor infrastructure. The reason being that the funds for basic education are tied to a counterpart funding programme designed by the Federal Government. Any state that does not pay UBEC counterpart funds will not get UBEC matching grants and their development will suffer.

“So, when you hear that we completed over 300 hundred projects in education during our first year in office and this second year we have added another over 300 projects, you will understand we are not just throwing around figures. These are verifiable projects.”

Makinde said the government decided to rehabilitate the facilities at the defunct OYSADEP Complex and make it the headquarters of agribusiness in Oyo State because it was commonsensical to do, as the Oke-Ogun zone has been the food basket of Oyo State.

He stated that apart from the commissioning, the government was “also taking the opportunity to expand the Youths Entrepreneurship in Agribusiness Project initiative, which it piloted a while back.

At the OYSADA Complex, the Executive Adviser to the Governor on Agribusiness and the Director-General of OYSADA, Dr Debo Akande, said the YEAP training will develop selected beneficiaries in areas of Agribusiness enterprise development spread across the five regions of Oyo State.

Save The Model School, Save My Alma Mater