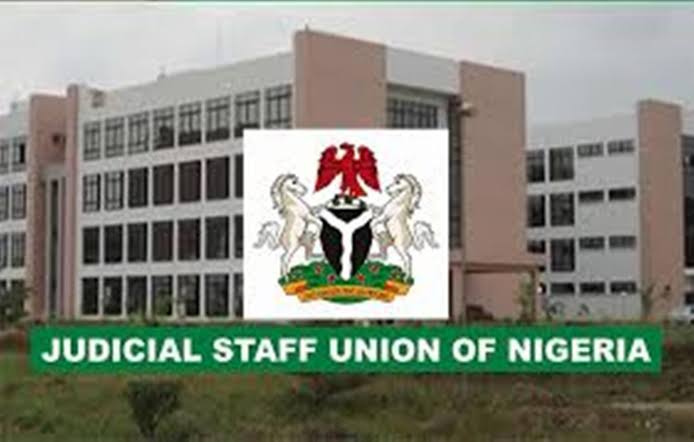 The Judiciary Staff Union of Nigeria has suspended its strike on Wednesday.

The union is set to commence work on Monday.

This was disclosed in a communique issued by the union after its emergency National Executive Council meeting held on Wednesday.

The communique was signed by the Deputy President, Emmanuel Abioye; and the General Secretary, Isaiah Adetola.

“NEC-in-session discussed extensively and after putting so many issues into consideration i.e the intervention of NJC and other stakeholders, the NEC has resolved that the strike is hereby suspended,” it read.

The leadership of JUSUN commended the efforts of the National Judicial Council in making sure that the governors obey the Memorandum of Agreement, and the judgment on the financial autonomy of the judiciary.

The union also commended the Chief Justice of Nigeria, and the heads of courts for their patience and understanding throughout the period of the strike.

Judiciary workers had on April 6 embarked on an indefinite nationwide strike in protest against the denial of the judiciary its constitutionally guaranteed financial autonomy which was also affirmed by a Federal High Court in January 2014.

The PUNCH had reported on April 13 that the strike had resorted to overcrowding at police detention facilities across the country as the strike had prevented the police and other law enforcement agencies from arraigning suspects in courts.