INTERVIEW: Ibadan Circular Road: Conceived By Lam-Adesina, Awarded By Ajimobi, About To Be Stalled By Makinde 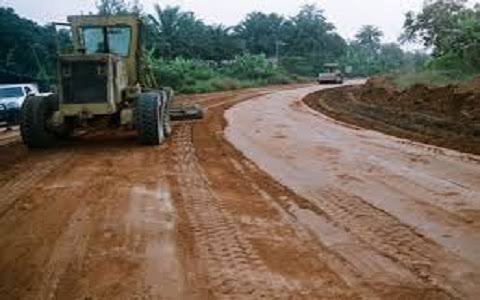 That Oyo State is in dire need need of massive infrastructure that would open it up to investors and boost its economy is not debatable.

Four years ago, late former governor, Lam Adesina conceived the idea of one of such projects. About a decade after he left office, the immediate past governor of Oyo State, late Abiola Ajimobi, commissioned the project under an agreement for it to be contractor-funded.

However, Governor Seyi Makinde has terminated the contract and about to re-award to a Portharcourt based company for reasons that are, at best, questionnable, especially as the decommissioning could cost the state over N10 billion.

In this interview with ENL CEO, Prince Adesuyi Haastrup opened up on issues and inside details surrounding the now controversial project.

Give us a detailed insight about how the project was conceived.

It was ENL that had to search for the company because they virtually moved out of Nigeria back to their own country, Italy. We started communicating and so on until when we negotiated and they finally had to come and give us the drawing after paying their fee which should have been paid 14 years ago.

Then also, they did not pay compensation for the land. ENL paid compensation. And also, no bankable study that ought to have been made… we commissioned two consortiums in Nigeria and one in London in order to be acceptable to foreign lenders. So even when we got the drawing, we are not sure what technology the Italian firm used but obviously there was no proper alignment, we had to commission another consultant to do the proper alignment before we can start work.

When we started work, it was a baggage. We did clearing and topsoil removal for 39 kilometres and before we can start what they call cut and fill, that is earthwork. There was different obstruction that we had to align.

Not only that, it was rocky, so we blasted and cleared many rocks along the path of the road but the problem started when Governor Makinde came in. He refused to see us for over one year office. For such an important project that is even contractor-financed, it is not government financed, one would have thought that it would be a priority to check how we are doing and what we are doing. But he even refused to see us and instead of seeing us, he just visited the site and apparently he was not properly briefed because he just went to the site and he thought like a regular government contract, he ordered workers to stop work.

I think after he left the site with his entourage, they sat him down to educate him that look, this is not government-financed, this is contractor-financed and there are protocols you have to go through before you can terminate it. And in between, all along from the beginning till even now, we were using finds from other sources, we could not get loan for the project, because Governor Makinde just as he refused to see us, refused to see our lender who are ready to augment the cost of the project because we have a counterpart funding of about 20 percent on the project.

They wrote him, he didn’t reply till today. It is here you will know all he is after is to take over the project because till today, all the lenders are asking from him is letter of continuity that, yes, your predecessor awarded the contract but are you willing that the project continues.

We have gone through their process of lending, all they need the letter for is to take it finally to their board for final approval but till today Governor Makinde refuse to issue that letter for a project that you are not spending a kobo of yours for, it is contractor-financed. Then you wonder why for two years in office. Just that letter and unfortunately, I dont know whether he is properly advised or not, it is very clear in the agreement that one of the obligations of the government is to give the concessionaire the necessary support needed to succeed on the project.

We are not asking for funding, all we are asking is a letter of continuity. So obviously, he has that mindset not to allow the project go on.

And when we send people to speak with him to talk to us, he tell them its a no go area. And not only that, at one time, he said by the time he didn’t cooperate with their lender, nobody will tell them to move out of the site because they would not be able to go ahead. So he wanted to frustrate us by not cooperating with the lender. He felt frustrated about the fact that despite his non-cooperation with our lender, work was still going on because, like I said, we were able to do bush clearing of 30 kilometres out of the 36 kilometres. We were able to do earthwork for about 5 kilometres and these 5 kilometres had massive rocks that we escavated along the road alignment.

We did asphalt for about 6 kilometres. We did street light of one kilometres.

So when he realised that we have not left the site, he ordered that they should go and evaluate the work done. By the time he realised what we have done with about N2.6 billion, it became obvious to him that instead of us being frustrated because of non-cooperation with the lenders, he is the one being frustrated by us. He wanted to frustrate us but he was frustrated as we were not frustrated. So he had no choice.

Despite a clear agreement that if he terminates this contract without any justification, you are liable to pay 10 percent of the cost, N67 billion, which is N6.7 billion.

Even if it is that penalty alone, what kind of bitterness will have prevailed on him to be ready to release Oyo’s meagre resources because he wanted to cancel the contract. That N2.8 billion part of the contract is just the cost of construction alone.

There are other spending, like I told you earlier, totalling about N3.9 billion. That together with the penalty amounts to N10.6 billion.

Unfortunately for him, while we were still working, this callous governor, who has no conscience, was sending contractors to our site because they don’t have the design and they started giving other documents on the project to other contractors they were inviting to come and take over the job.

Majority of them declined when they saw the massive equipment we deployed and the work we were doing and the Chinese company that quoted N75 billion minus interest. So eventually, seven contractors were sent, none of them was either ready or capable of taking the job because they don’t know that even in this country, to be able to borrow N500 million, it is a difficult task, not to talk of borrowing billions that we successfully got at a reduced interest of 11 percent.

Him saying, “the work is slow. The work is slow.” One, if they had cooperated and we got money from our lender, we would have replicated those level of equipment in two other sections of the road so that we would work together to meet at a point.

Two, the time it took us to get the drawing, to pay the compensation to the landowners before we can be able to start work because they were chasing us with dane gun and others that before we can work they must be compensated.

If somebody have conscience, for a contractor that took a project from the dustbin for over 14 years, what is the intention of not writing that simple letter of assuring the lender of continuity on the project.

I latter heard he has eventually said that he is going to give it to somebody in Port Harcourt but this is Nigeria, we are waiting for him to commence because it was clearly stipulated that he must pay us before he can take over the site.

If he is so insensible to the poverty ridden people in the state, where you hardly pay salary, then he seem prepared to waste about N10.2 billion of the meagre resources of the state just because of one bias or the others despite many advises of people coming in.

He could have sat down with us and address any issue he had.

If he decides to pay the N10.6 billion, are you going to hands off?

(Cuts in) I would walk away because I am a patriotic citizen of this country and I find it difficult to understand why a good leader would do what he is doing on Ibadan circular road knowing how much impact it would have on the economy of Oyo State. Already, many land speculators have been visiting Ministry of Lands to buy land along that route and minus the road we are to provide a market of Tejuosho standard in Lagos, we are to provide a good Estate in order to bring life to that road and he will jettison all these because of his personal interest or personal prejudice.

With all the reports going on in the last three days, of the Governor wakes up tomorrow and tell you to go back to site, how would you feel?

We would go back to site if he writes our lender and gave them a letter of consent; that’s the only thing.

Are there people monitoring your equipment on the site?

Yes. But at the same time, I know of somebody who is so desperate for one reasons or the other to take that project, I won’t be surprised if he organise thugs to go and vandalise our equipment, I can see the viciousness in him from what he has done so far. It doesn’t just make any sense, I am for the project itself.

BREAKING: Restricting Social Media Has No Place In A Democracy, Blinken Tells Buhari