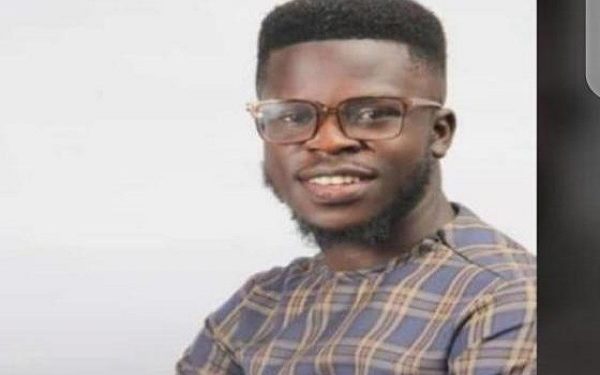 A final years Student of the Department of Music Technology, The Polytechnic, Ibadan, Ebenezer Ayeni was on Thursday morning murdered by armed robbers in Ojoo area of Ibadan.

The Police public relations officer of the Oyo State Police Command, Adewale Osifeso confirmed the incident to Newsmen in Ibadan on Friday.

Also, the public relations officer of The Polytechnic, Ibadan, Alhaji Soladoye Adewole said that Ayeni’s death was a great loss to the institution and society, because the deceased was an employer of labour.

It was learnt that Ayeni, who was the President of Christian fellowship in the institution was said to be preparing for his wedding next week Saturday in Ibadan.

The institution’s spokesman said that Ayeni lives in Bodija area Ibadan but went to see his mother in Ojoo when the armed robbers invaded the community.

“When the armed robbers had successfully operated in the area, they asked Ayeni to lead them to their other neighbors but he declined and in the process, they shot him in his leg.”

Soladoye said that Ayeni was taken to an undisclosed private hospital where they rejected him and in the process, he lost blood for over three hours which later resulted in his death.

EXPOSED: How Nigerian-Born Pharmacist, Kazeem Oyenuga, Defrauded Two Men Of N67million In US