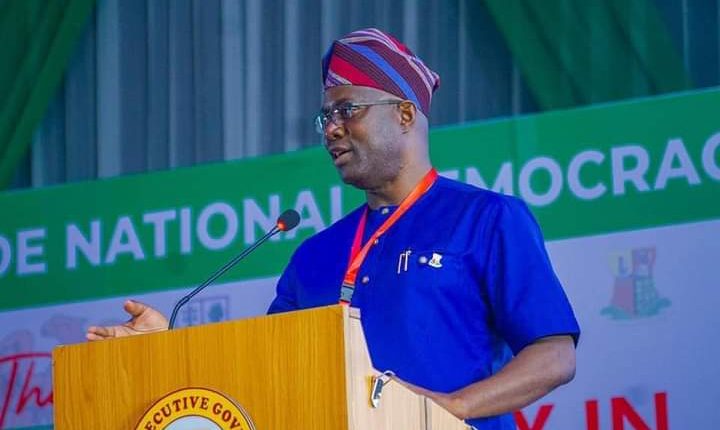 The Oyo State Government and a post harvest processing company, Rontol Farms have gone into partnership to end post harvest losses to farmers in the state.

Governor Seyi Makinde and the founder of the company, Mr. Adeleye Oyebade, a retired Deputy Inspector-General of Police (DIG), revealed this at the commissioning of Rontol Processing Plant at Ilora Farm Settlement in the state at the weekend.

Makinde, who commissioned the plant, said: “The commissioning of this Rontol factory is proof of matching words with action by our administration. He got a land from Oyo State Government. This is just the beginning.”

The governor also promised to ensure that the 11-kilometre road that leads to the plant from Ilora town is tarred under the initiative, Rural Access and Marketing Project (RAMP) very soon.

His words: “The road you requested that we should tar, there is a programme that we call Rural Access and Marketing Project (RAMP), this 11-kilometre road is in it and it will start very soon. I am sure there are other roads within this farm estate that we will do again because the RAMP for the remaining part of this year, we should construct over 200 kilometres of rural roads. You also asked for transformer, consider it done.

“One of the core issues that farmers in Oyo State, especially in Oyo zone, who are well known for cassava production, brought to our attention when we interviewed them, was that they did not have processing capabilities.

“In agribusiness, our understanding is that there is more money in processed goods than there is the produce itself. So, if our farmers are able to get processing facilities, they will have more values for each naira invested in crop production.

“Based on that data, we knew that we had to provide government-led and private sector supported intervention. So, when the opportunity came to work with Rontol Farm, it was a welcome development. This is a win, not just for Rontol Farm, it is also a win for cassava farmers because gradually this place is being converted into an agro industrial hub.

“Through the Oyo State Agric Development Agency (OYSADA), we are positioning Oyo State as the agric business industrial hub, not only for Nigeria, but for West Africa. We have what it takes and we are demonstrating to the investment community that we have the readiness and political will to make their lives better in Oyo State.

“We have put a lot of government support in place to foister a great partnersbip. One of it is that you can come to the farm and have a rest of mind. This is one of the reasons that we launched Amotekun Corps.”

In his address, Oyebade said that the plant had an input capacity of 20 tons of cassava tubers for processing daily, and it would serve as a major processing centre for the smallholder farmers around the location.

“The idea of Rontol Foods was conceived way back as a passion. With my experience as a public officer with the Nigeria Police Force, I had been privileged to interrogate, arrest and prosecute a lot of people in the line of duty. Although, the law has to take its course, I always had an inner bitterness, a show of guilt consumed me from the inside when I heard justifications provided by some of these youths for getting entangled in the crimes they were accused of.

“I am often forced to do a comparison of our days to the present day vis-a-vis what the future holds, if something drastic is not done to salvage the situation. Then, I asked myself what else can I do to make a difference in the coming generation.”