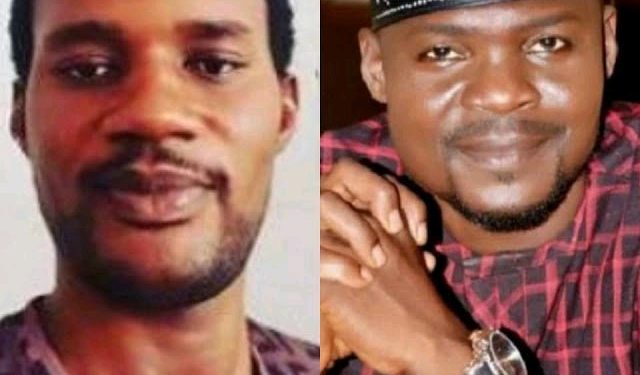 Facts have emerged on why Lanre Omiyinka a.k.a Baba Ijesha has not gotten his freedom despite being granted bail.

A close source to the movie maker said the bail condition given to Baba Ijesha is yet to be met and this has warranted his continue stay in custody.

It was learnt that part of the bail condition is a provision of a level 16 civil servant that would stand for him before he could go home and join his family. This is what has been preventing his release from custody, a friend said.

The friend stressed further: “We have tried our best to get him out but it seems there is some powerful interest against him on the case. I believe we are not being fair in this country, our judicial system only favours the rich and the noble. His case does not warrant such bail conditions, it is too high. I can categorically say that Baba Ijesha has not been released due to the bail conditions and those that believed they can keep him there forever should think twice because we will not rest until he gets justice he deserves.”

Chief Magistrate Oluwatoyin Oghre granted Baba Ijesha bail on May 17 on health grounds with the following bail conditions; two relatives of Baba Ijesha, one civil servant of grade 16 and a refundable sum of N500,000 to be paid into the Lagos High court account.

Having met every other conditions, a civil servant to stand as a surety for the actor remains elusive.

It could be recalled that same fate has befallen another movie maker-cum-music-promoter, Seun Kazeem a.k.a Egbegbe that was arrested and kept in remand for prosecution.

Seun Egbegbe too has been granted bail but he has failed to meet his bail condition and this has prevented him from going home. According to a source, he was asked to provide a senior career officer of a level 16, and this has been an issue because no one was ready to put his career on the line for him. Hence, Egbegbe has been in jail for years.

He was arraigned on 36 counts, alongside Oyekan Ayomide, whom he allegedly conspired to perpetrate the frauds. The duo were arraigned before Justice Oluremi Oguntoyinbo.

They allegedly defrauded no fewer than 30 Bureau De Change (BDC) operators in Lagos between 2015 and February this year, mostly by falsely presenting to the victims that they had foreign currencies to sell to the BDC operators.