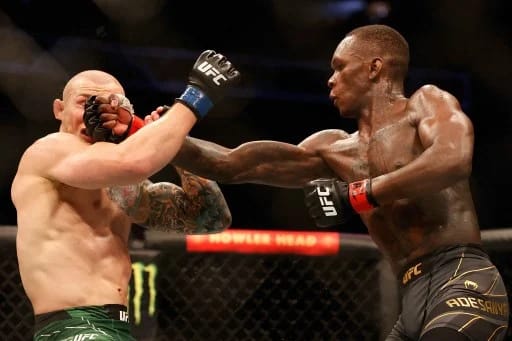 Adesanya put up a dominant display over Vettori, winning 50-45 on all of the judges cards.

Adesanya and Vettori first did battle in 2018, with the Nigerian winning via a split decision in just his second trip to the Octagon.

The win is Adesanya’s third title defence after losing to Jan Blachowicz in a bid to add the light heavyweight title to his laurels.

Vettori believed he won his 2018 clash with Adesanya and never stopped calling for a rematch with the man who would go on to become UFC middleweight champion.

He got his rematch on Sunday in the main event of UFC 263 and came up empty, with Adesanya taking a clear decision victory in Arizona.

Adesanya showed improvements on his ground work as he expertly untangled himself from all of Vettori’s takedowns.

Renowned as one of the best strikers in the division, the 31-year-old landed several leg shots and jabs as he dimmed Vettori’s dream of becoming the first Italian UFC champion.

Vettori had only a few successful moments in the fight, scoring with a handful of takedowns, but Adesanya showcased improved grappling skills as he escaped back to his feet every time, including spinning out of a rear-naked choke attempt to end up in top position. Outside of those fleeting moments for Vettori, the fight was all Adesanya’s as he worked Vettori over with a steady diet of leg kicks.

In the end, Adesanya took every round on all three official scorecards, winning by scores of 50-45 across the board.