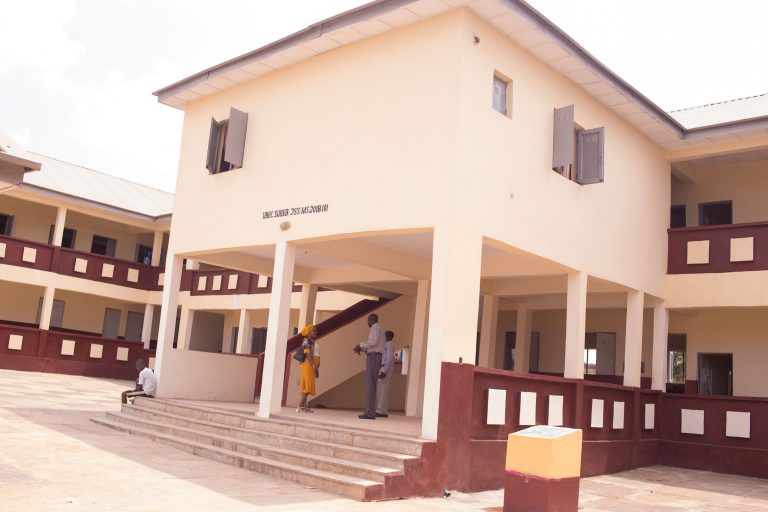 Oyo Affairs attention was drawn to an exchange on Twitter between the Oyo State Government Feedback account (@FeedbackOYSG) and Mr Gbenga Oyetola regarding an article published by the latter on oyomind.com.ng. In the article, Mr Oyetola claimed that educational materials and furniture in a model school, Moslem Grammar School, Ibadan which was commissioned by Governor Seyi Makinde had “disappeared” few weeks after the commissioning of the project.

However, an investigation carried out by Oyo Affairs has revealed that these allegations were totally fabricated. Our correspondent who visited Moslem Grammar School, Ibadan, went to the Model School and saw that all items were still intact. No furniture nor educational materials had been removed from the classrooms, laboratories nor library. Students were seen using the facilities and classes were in progress.

A tour of the school’s spacious compound by the Oyo Affairs correspondent further disproved the allegations that students sit on the floor as students were seen comfortably seated and receiving classes at the Model School building which was commissioned.

Speaking on the allegation, Mr Remi Adeshina, the Zonal Chairman of the All Nigeria Confederation of Principals of Secondary Schools (ANCOPSS) in Oluyole Zone said all the allegations made by the blog were false. He said, “We saw the article published by oyomind.com.ng with the caption, weeks after, books, furniture disappear from Oyo community school. I want to say without any fear of contradiction that there is no iota of truth in that publication. It was all fabricated.”

Oyetola alleged in the article that eyewitnesses saw a Cabstar truck removing school furniture from the school and that Governor Makinde had ordered the removal. Further investigation by Oyo Affairs correspondent revealed that the reporter who allegedly carried out the “deep investigation” visited the school under false pretences and so, could not have gotten the full picture of what happened.

“All of the furniture and educational materials to be distributed to the schools were brought to Moslem Grammar School for commissioning by the Governor but since only some belong to the schools within this compound, other beneficiaries came here to pick theirs with different trucks. Other schools that were beneficiaries of the furniture distributed are Abbey Technical Grammar School, Government College Ibadan, GCI, Christ’s High School, Oleyo, and others. Each school was given 50 pairs of furniture. As I am speaking with you right now, those chairs are in the classrooms and the students are making use of them.”

Oyo Affairs can confirm that this piece of information about the flag off of distribution of furniture by Governor Seyi Makinde was put out by the Oyo State Universal Basic Education Board (OyoSUBEB) via their social media accounts on the same day. [Embed SUBEB tweet].

Oyo Affairs was also able to get a copy of the document used to distribute the furniture and educational materials to the benefiting schools and can confirm that this information is true.