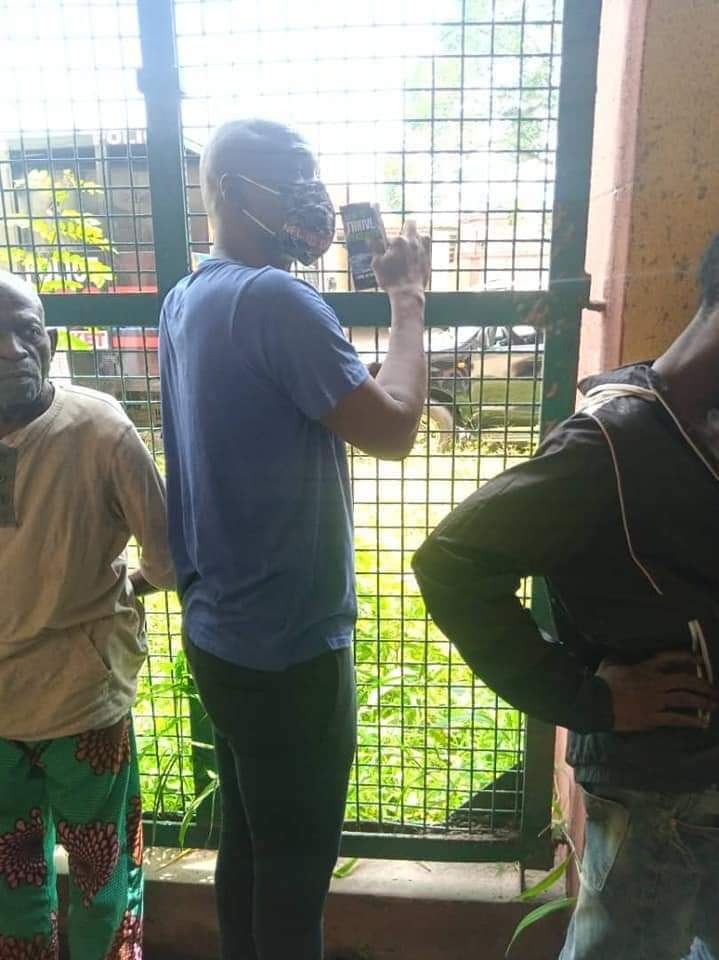 Baba Ijesha, who wore a blue t-shirt, was taken to court in a black maria vehicle of the Rapid Response Squad.

Baba Ijesha has been in police custody since April 22, 2021, when the Lagos State Police Command announced his arrest for allegedly sexually assaulting a 14-year-old girl in the care of popular comedienne, Adekola Adekanya, otherwise called Princess.

It was earlier reported that Lagos State Attorney-General, Moyosore Onigbanjo, SAN, said Baba Ijesha might be sentenced to life imprisonment if found guilty in court.

“After due consideration of the facts in the case file, the Directorate of Public Prosecutions issued legal advice on the 4th of May, 2021, which is to the effect that a prima facie case has been disclosed against Mr. Olanrewaju James and recommended he be charged under the following provisions of the Criminal Law of Lagos State, 2015,” he had said.

On May 17, 2021, Baba Ijesha was granted bail by magistrates and judicial workers on tour to decongest prisons in the state during the industrial action by the Judicial Staff Union of Nigeria.

However, Baba Ijesha could not meet the bail conditions which include N500,000 and a level 16 civil servant as surety.

Speaking with reporters after the arraignment today, one of the counsel for the suspect, Kayode Olabinran, said he prayed the court to grant his client bail on health grounds.

He, however, said the magistrate declined granting his client bail as the case was already filed at the High Court in Lagos by the Directorate of Public Prosecutions in the state.

He said, “He was not granted bail because the case has been filed at the High Court and that has denied the (Magistrate) Court the power to grant him bail.”

Olabinran also said the date for the hearing at the High Court was not yet known.

Also Baba Ijesha’s colleague, Yomi Fabiyi, who was in court in solidarity with the actor, said “justice must not be dispensed with justice with personal sentiment”.

Baba Ijesha was seen clutching tightly onto an inspirational book, ‘How To Thrive In Perilous Times’.