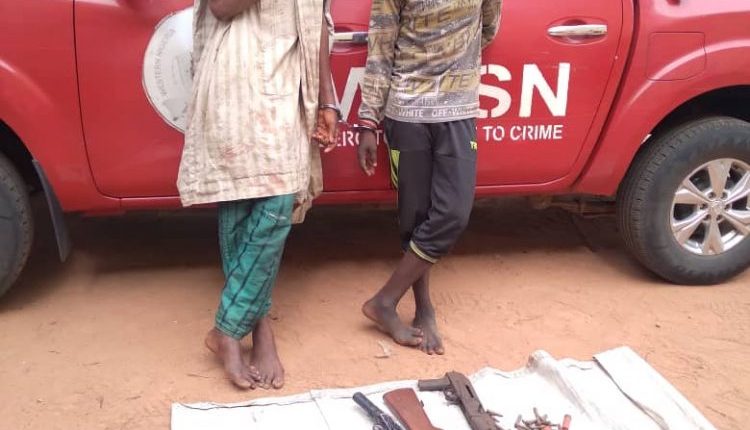 According to a statement released by the Amotekun media unit, they were apprehended by Operatives around Ibarapa East Local Government command at Alapa Village, Lanlate.

The Operatives, however, recovered 82 rounds, 7.62 ammunition and 7 cartridges amongst other harmful weapons.

The suspected bandits have been handed over to the Director of State Security Services, Oyo State Command for further investigation.