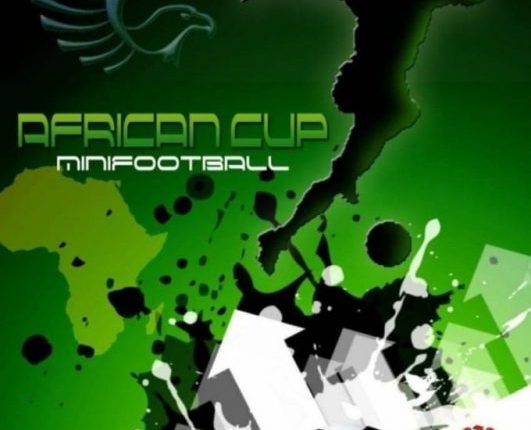 Ibadan is set to host the second edition of the African Mini-football nations’ competition in July this year.

The sporting event will be held at Ilaji Hotels and Resorts, Akanran, Ibadan, and will host 16 African countries belonging to the African Minifootball Confederation (AMC) and the World Minifootball Federation (WMF).

The draw for the tournament, which will hold from July 8 – July 17, 2021, was held during the week and was attended by representatives of the 16 participating countries.

Oyo state deputy Governor; Rauf Olaniyan reiterated the state’s readiness to host the tournament and assured participating countries of an accommodating atmosphere. He also stated that the current administration is ecstatic to organize such a competition, which would boost sports tourism in the state.

The deputy governor commended the African Minifootball Federation and the Nigerian organization in charge of sports for approving the competition’s location in Ibadan, the state capital.

The president of the Africa Mini-Football Confederation, Achraf Ben Salha, has praised the facilities at the Ilaji Sports Resort in Ibadan.

Salha, a Tunisian who also serves as the vice president of the World Mini-Football Federation, toured the Ilaji facilities ahead of the competition in May 2021.

Also, National President, Nigeria Mini-Football Association, Hon. Oluyemi Adewale Taiwo said all hands are on the deck to ensure a successful hosting of the tournament.

Arapaja Visit To Auxiliary: An Embarrassment To PDP –…

He pointed at the State Government’s preparedness to provide adequate security and the readiness of Ilaji Hotels and Resorts, Akanran to host a hitch-free continental competition.

He added that the team has conducted two training sessions already.

“The players are coming back into the camp any time soon. We are ready to tackle the teams on our group: Senegal, Morocco, and Djibouti”, he said.

Coach Odubola led the Nigerian mini-football national team to their first African Minifootball Cup in Libya in 2018, where they finished fifth.

The African Minifootball Competition, created in March 2018, is based in Tunis, the capital of Tunisia, and has 15 national football Federations and Associations.

The Confederations Cup, which is played a year before the World Cup, will be hosted at Ilaji Hotels and Resorts Akanran, Ibadan this year.

Abdul Rahman Who Was Killed During Fracas With PMS Boys, Just Got Visa To Travel Out Of Country (PHOTOS)