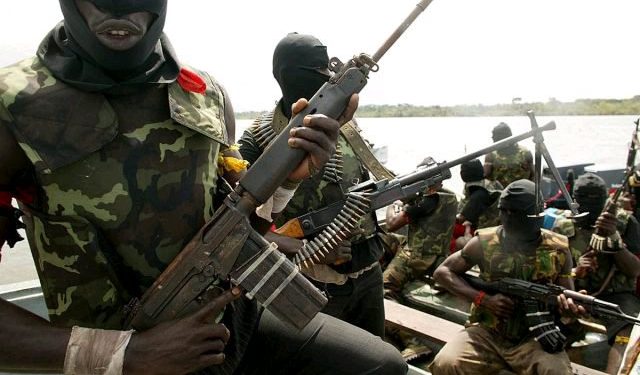 The Ogun State Police Command has launched a manhunt for the gunmen, who abducted four workers of a Chinese company handling the Lagos-Ibadan standard gauge railway project and killed a policeman.

The command said it had begun investigation into the incident to unravel the perpetrators and rescue the victims.

Eight gunmen, who were suspected to be herdsmen, invaded Adeaga/Alaagba village in the Odeda Local Government Area of the state on Wednesday and abducted the four Chinese workers and killed a policeman attached to them.

Our correspondent gathered that the kidnappers were dressed in black kaftan.

It was learnt that the gunmen killed the policeman while attempting to abduct the Chinese workers.

The corpse of the deceased was evacuated by a team of policemen and men of the Federal Road Safety Corps. ,,

It was gathered that the gunmen laid an ambush in the surrounding forest for the expatriates in the sleepy town between Ogun and Oyo states.

He disclosed that the command had deployed tactical teams, which were on the trail of the gunmen.

Oyeyemi, however, said the police could not ascertain if the gunmen were herdsmen or not.

He stated, “It is true, the incident happened yesterday (Wednesday). The victims are Chinese working at the railway terminus in the Alaagba area, not far from Kila.

“The gunmen laid an ambush for the victims on their way and they were attacked. A police officer escorting them was killed.

“We have started investigation since yesterday (Wednesday); we are on the trail of those people and hopefully we are going to get them.

“All our tactical teams have been deployed in that area and we are trying to locate them and believe that by the grace of God, we will get them.

“We cannot say for now if the abductors are Fulani herdsmen until when we are able to get them.”