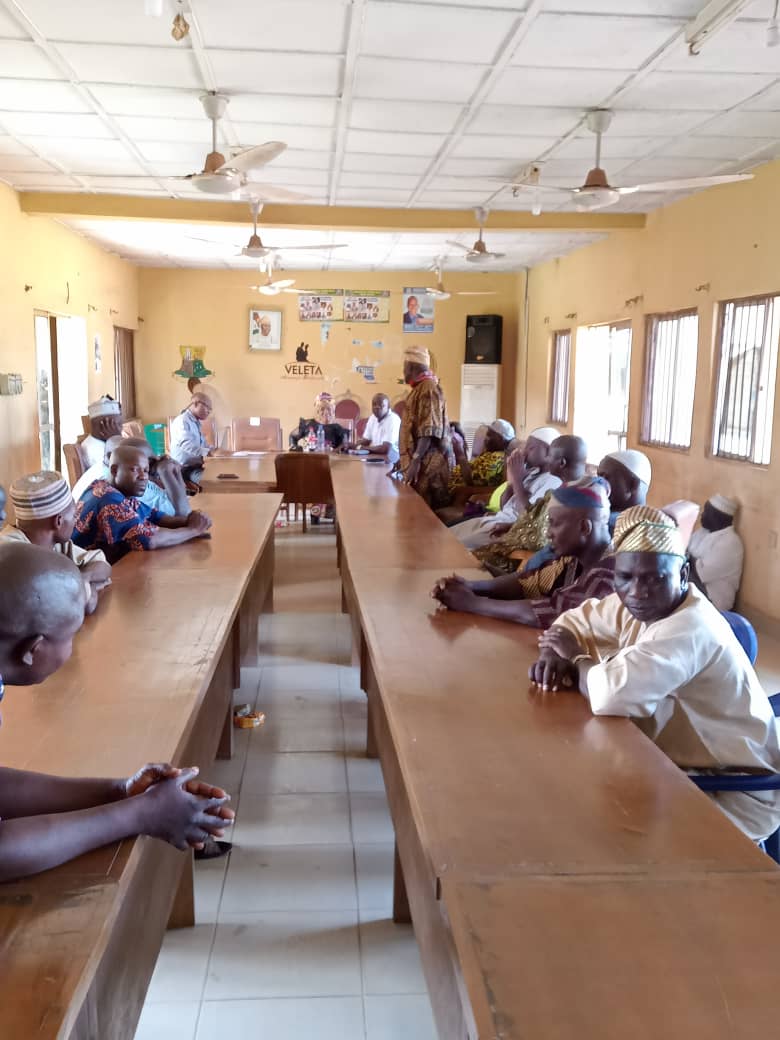 Yesterday, the Executive Chairman of Atiba Local Government, Hon(Mrs) Mojisola Kafilat OLAKOJO summoned the Security and Stakeholders Meeting in her Local Government to profer a workable solutions and tightening of security loopholes accross the boundaries of the Local Government, communities and within the town.

While presiding over the first Security meeting as the Executive Chairman, Hon OLAKOJO appreciated all the security agencies for honouring the Invitation despite the short notice and this is an indication that, you are proactive in the discharge of ur duties. She further urged them to rejig their agencies with modern tactics, intellectual approach, monitoring of their officers and application & usage of appropriate weapons to combat the ravaging security challenges we are facing in Nigeria and some part of the State.

The Chairman advised all the agencies at the boarder area of Atiba Local Government, The Immigration, NDLEA, Vigilante Outfit, Amotekun Corps and Nigeria Police to tighten up their areas against any invasion of Intruders, herdsmen and kidnappers.

However, many suggestions and solutions were Welcomed from the Security Agencies and in the meantime, all the security prone areas within the Local Government will be combed and anyone found wanting disturbing the peace and progress of our society will be dealt with and prosecuted accordingly.

In attendance at the meeting were the Vice Chairman of the Local Government, Hon Seun Olunloyo Oguntona, HLGA, Director of Finance, DAGS and others.

In another development, the representatives of the Villages from Kososi, Baale Agbe, Alaraba, Efunlete, Olose, Koso Amo, Busari, Obirebara, Ajonbadi, Lagunna and others brainstormed with the Executive Chairman and Senior Officers of the Local Government and Security Agencies to create a conducive atmosphere and effective working relationship with all the needed security agencies against any security challenges in their areas.
In the same vein, the welfare of Villagers in terms of Drinkable water, Grading of the Roads, Renovation of Dilapidated Schools, Construction of Maternity Centres and many other facilities also topped the agenda at the meeting.

On this note, the Executive Chairman, Hon OLAKOJO also assured the representatives of the Villagers to hold her by her words of the electioneering campaign that, all their requests will be looked into and basic amenities that will improve their living conditions at the village will be her priority. She further promised that, this kind of meeting will continue to be called quarterly while their complaints and challenges will be attended to.