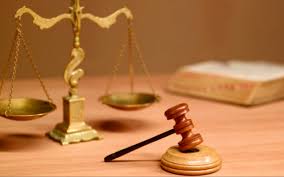 The trio were found guilty of fraudulent impersonation, an offence contrary to Section 22 (2)(b)(1) of the Cybercrimes (Prohibition, Prevention etc.) Act.

Afolabi was sentenced to seven months imprisonment while Rabiu and Atanda bagged one and three months jail term respectively.

Apart from the jail term, Afolabi was ordered to restitute $1,000 (One Thousand United States Dollars) to his victim, Brown Brain.

He is also to forfeit his iPhone 7 to the Federal Government of Nigeria.

Rabiu, is to forfeit one blue Itel P33 mobile phone to the Federal government of Nigeria

How I Lure Ladies On Instagram to Sleep With Me, Blackmail Them – Suspect (Video)