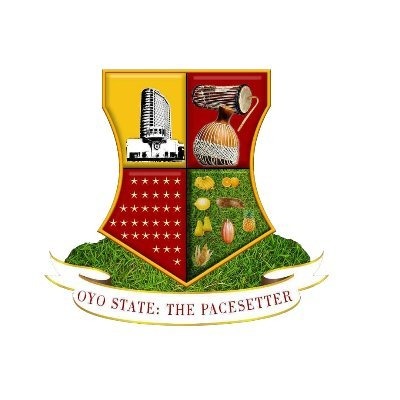 In its commitment to bring an end to security challenges, Oyo State Government has continued with its stakeholders’ engagement on internal security, tagged ‘E je Kajo se’ on Thursday.

The State Government engaged Islamic leaders, as part of efforts to reverse the trend of insecurity in the State at the premises of the State Ministry of Information, Culture and Tourism at Ibadan.

While declaring an end to insecurity, the State Government pleaded with Religious Leaders to rise to the occasion of securing the State, by engaging some criminal elements within their communities that may constitute nuisance to their areas.

Speaking with the Islamic leaders, who came from 33 Local Government Areas at the meeting, the Commissioner for Information, Culture and Tourism, Dr. Wasiu Olatunbosun urged religious leaders to execute community-based interventions including sensitization of members of the public on voluntary information, identification of suspects and adherence to measures to fight insecurity.

According to Dr. Wasiu Olatunbosun, “this engagement is coming to the fore as we all know that there are critical roles played by religious leaders in the achievement of a secured Oyo State”.

Olatunbosun pointed out Governor Seyi Makinde’s concerted efforts to leave Oyo State better, identifying his administration’s successes in other sectors of the State.

“What Governor Makinde is doing in this State is a testimony of his capacity to turn Oyo State around. He has ensured huge public health interventions in our state, better infrastructure, better education system among other things” Olatunbosun added.

He therefore called on residents of the State to support the Governor Seyi Makinde led-administration in its efforts at stamp out the cancerous effects of insecurity that has made the life of an ordinary citizen difficult and miserable.

“Oyo State Government has taken up the responsibility to engage our religious leaders to encourage our people to be part of this effort, so that we can jointly eradicate insecurity. I believe that once our religious leaders come together to support the State Government, this will complement Governor Makinde’s efforts to gradually reduce insecurity”, Dr Olatunbosun said.

Olatunbosun who coveted their daily prayers for the peace of Oyo State, asserted that the three day stakeholders engagement will cut across all religions, including Traditional rulers.

In their seperate remarks, the State Coordinator, NACOMYO, Alh. Daud Afolabi and Chairman, Alfa Forum of Oyo State, Abdulrahmon Taiwo, noted that their Associations have not stopped playing their roles in offering prayers for the State Government.

They however pledged their Associations’ readiness to offer more prayers to Almighty Allah for the State.

The religious leaders also pledged their leagues’ readiness to join hands with the State Government in battling the deadly scourge of insecurity.

Recall that the State Government through the Ministry of Information, Culture and Tourism had engaged the traditional leaders on Wednesday, where the adherents of traditional religion pledged to tackle insecurity in their different domains.