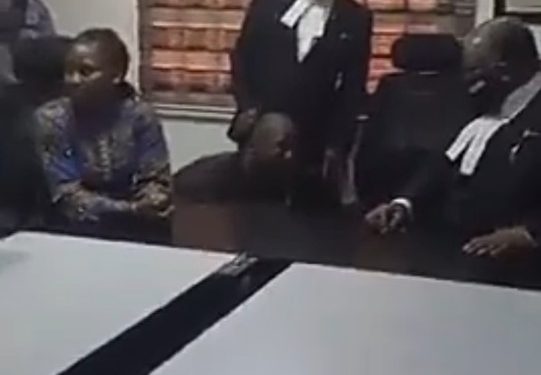 Watch As Baba Ijesha Prostrates For His Lawyer After Being Granted Bail (PHOTOS, Video)

The comic actor, Olanwaju James popularly known as Baba Ijesha was full of emotions after being granted bail on child sexual offence charges.

He was full of thanks for his supporters including fellow actor Yomi Fabiyi and his lawyer, Mr Dada Awosika (SAN).

In a video presently trending online, Baba Ijesha was seen prostrating for his lawyer to show his appreciation.

Baba Ijesha was on Thursday granted bail by an Ikeja sexual offences Court.

Baba Ijesha has been in custody since April 22, 2021 over alleged sexual defilement of a minor, a foster daughter of popular comedienne, Princess.

The judge, Oluwatoyin Taiwo, granted the Baba Ijesha bail in the sum of N2 million.

The actor was arraigned before the Special Offences Court in Lagos on charges of sexual assault, indecent treatment of a child, and sexual assault by penetration.

Taiwo said bail is a constitutional right and not a discretionary right.