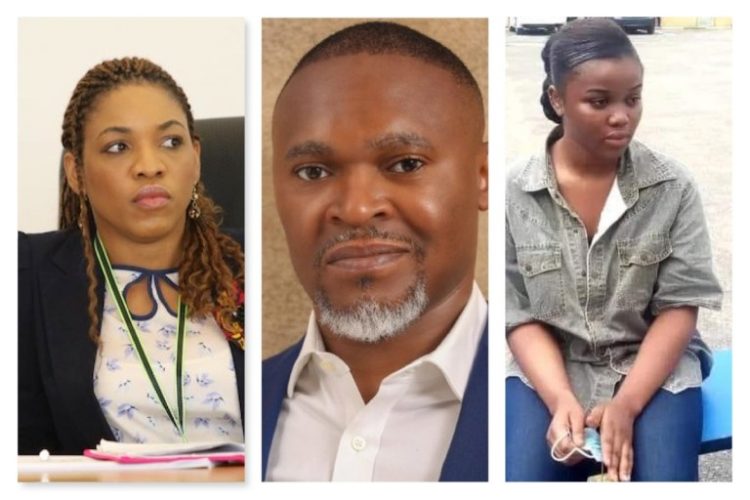 Police in Lagos today paraded 21 year-old Chidinma Adaora Ojukwu, a part-time student of the Mass Communication Department, University of Lagos as the prime suspect in the murder of Michael Usifo Ataga, the CEO of Super TV.

The suspect, P.M.News learnt has not stepped into school since last year, after the lockdown was imposed.

As the images of Chidinma were shared across news and blogging platforms on Thursday, the photos of Ataga’s wife, Brenda also surfaced, triggering some puzzles on man-woman relationship and in this case, a fatal attraction.

Brenda is a beautiful woman, a professional in the oil and gas sector and the mother of Ataga’s two children.

Some Puzzle: What would have made Ataga cheat on his wife, to pursue a side chick, that is not as endowed as she is?.

Only Michael Usifo Ataga can rationalise the answer. We can only make guesses, since he is no longer in this world.

But were he around, he must have borne great shame for the public embarrassment and pain his infidelity has brought his wife and children.

According to her bio in circulation, Brenda, the wife of Michael Ataga, works as the National Project Coordinator of the LPG Gas Expansion Programme, in the office of the Minister of State for Petroleum Resources, Timipre Sylva.

She had previously served as the Special Adviser on Downstream and Infrastructure between 2015 and 2019 to another Minister of State, Emmanuel Kachikwu.

She is a Mid/Downstream Commercial Strategist and a 2018 Nominee of the prestigious Arch Bishop Desmond Tutu Fellowship.

She has over 15 years of experience in the Oil and Gas industry.

Brenda founded the NGO – True Foundation – which focuses on community and human capacity training for Women and Youths.

Before joining public service, Brenda held key leadership positions in private sector, where she attained recognition as the first female and first under 30 to serve in the capacity of Supply Manager at OANDO PLC (West Africa).