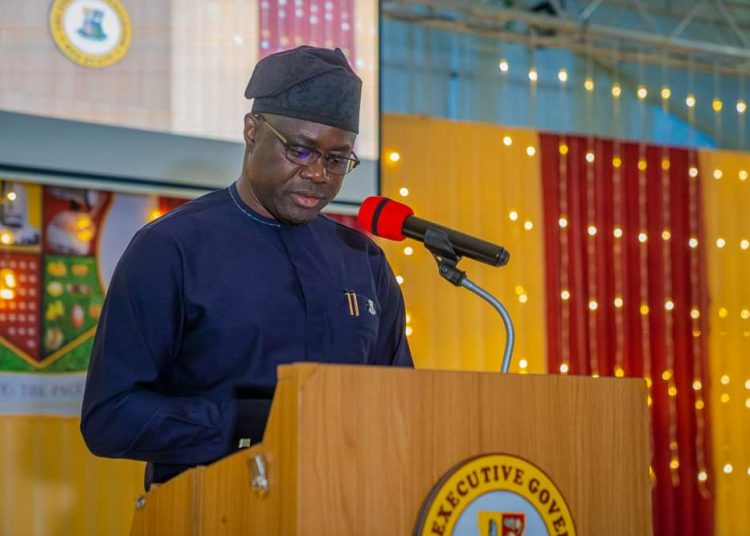 Governor Seyi Makinde of Oyo State has explained the rationale behind his decision to sack his Commisioners.

TODAY SPLASH recalls that the Commisioners were asked to quit on Tuesday.

Makinde has, however, explained the reason for the sack of the former Commisioners.

He noted that the need to dissolve the executive was necessary in order to retool the cabinet.

He explained that seventeen Commisioners and the Chief of Staff (CoS) were affected.

He however added that he has retained the Secretary to the State Government (SSG), Head of Service (HOS) and the Director-General of Due Process office.

Chief Press Secretary to the governor, Taiwo Adisa, noted that Makinde expressed the gratitude of the government and the people of the State to the Council members, and wished them well in their future endeavours.

Adisa in the statement made available to TODAY SPLASH Tuesday evening added that Makinde praised the dedication to duty and the commitment of the former Commisioners.

“His Excellency, the Governor of Oyo State, Seyi Makinde, announced the dissolution of the State Executive Council, with effect from Tuesday, June 29, 2021.

“Governor Makinde, after a prolonged meeting of the Council, told members that it was time to retool after two years.

“He, therefore, wished the ex-Commissioners the best in their future endeavours.”

JUST IN: SSG, HOS, Director Due Process Not Affected As Makinde Dissolves Cabinet