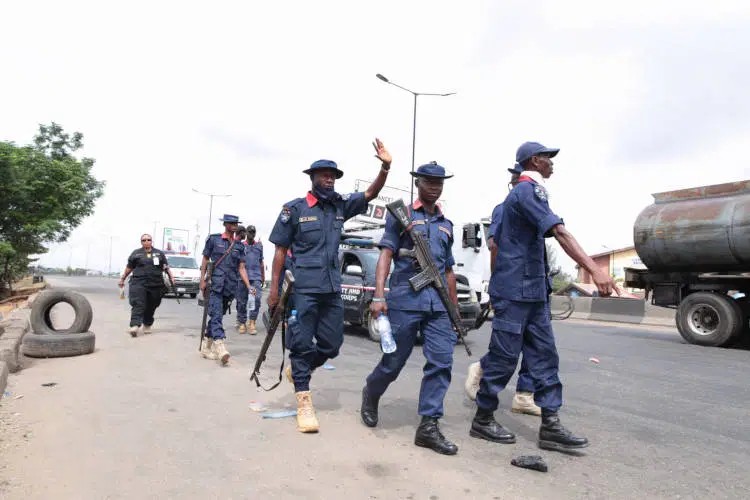 A diverted petrol laden truck supposedly belonging to Ibrolak Nigeria Limited has been impounded by Men of the Anti-Vandalism Squad of the Nigeria Security and Civil Defence Corps(NSCDC), Oyo State Command, on Thursday.

The truck, with registration number APP 429 XV was held custody at about 7:20pm on Kishi-Kaiama road, towards Kaiama community in Kwara State by men of the NSCDC personnel stationed at Kishi, Irepodun Local Government Area of Oyo state.

The State Commandant of NSCDC, Michael Adaralewa, who disclosed this during a briefing with the Agro Rangers team at the command headquarters, Agodi, Ibadan, stated that the truck was impounded as a result of fake weigh bill and presentation of illegal interstate documents.

The Commandant said that the truck had been impounded at Kishi Divisional office of the NSCDC, pending the completion of investigation about the product and the owner.

Adaralewa cautioned individuals involved in unlawful dealings and diversion of petroleum products to stop or face the wrath of the law, emphasizing that the Command would not accept any type of criminality.

He also warned youths about lawlessness, jungle justice, narcotics, crime, and criminality, advising them to avoid selling petroleum products such as AGO and PMS in residential structures in Ibadan and to be dealt with according to the law if they are caught.

The Commandant said: “It is better you change and do things right than to be caught and go to jail,” and subsequently called on residents to speak up and help security forces effectively fight against crime and criminality.