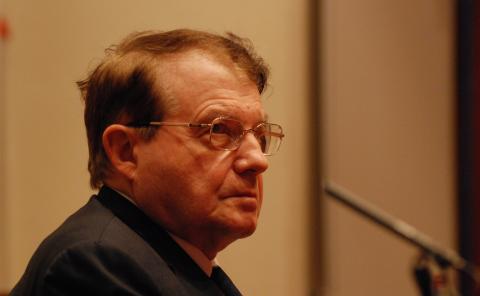 In every country, ‘the curve of vaccination is followed by the curve of deaths,’ the famous virologist said.

Note to readers, added May 27, 2021: While LifeSiteNews has only reported what Montagnier has said, other scientists have rejected, in the strongest terms, his thesis that vaccines are causing dangerous variants. Former Pfizer vice president Dr. Michael Yeadon has said, “There is no evidence at all that vaccination is leading or will lead to ‘dangerous variants,’” and that the notion of such deadly variants is “absurdly impossible … not [even] like an opinion difference,” but “just a lie” in order to justify unnecessary “top-up” (booster) vaccines. Others have also highlighted there is “no proof” for these theories, referring to them as “nonsense,” while likewise vehemently opposing the general distribution of these experimental gene-therapy COVID-19 vaccines and warning of serious damaging consequences.  Such warnings remain credible due to the trend of spikes in deaths which may be due to a number of factors including antibody dependent enhancement, vaccine-associated illnesses, or other conditions.

Secondly, Montagnier did not say that everyone who received experimental COVID-19 vaccines would “all die” within two years. This quote was falsely attributed to him in a fake news meme that has been widely distributed.

May 19, 2021 (LifeSiteNews) – French virologist and Nobel Prize winner Luc Montagnier called mass vaccination against the coronavirus during the pandemic “unthinkable” and a historical blunder that is “creating the variants” and leading to deaths from the disease.

“It’s an enormous mistake, isn’t it? A scientific error as well as a medical error. It is an unacceptable mistake,” Montagnier said in an interview translated and published by the RAIR Foundation USA yesterday. “The history books will show that, because it is the vaccination that is creating the variants.”

Many epidemiologists know it and are “silent” about the problem known as “antibody-dependent enhancement,” Montagnier said.

“It is the antibodies produced by the virus that enable an infection to become stronger,” he said in an interview with Pierre Barnérias of Hold-Up Media earlier this month.

While variants of viruses can occur naturally, Montagnier said that vaccination is driving the process. “What does the virus do? Does it die or find another solution?”

“It is clear that the new variants are created by antibody-mediated selection due to the vaccination.”

Vaccinating during a pandemic is “unthinkable” and is causing deaths, the winner of the 2008 Nobel Prize in Medicine for discovery

“The new variants are a production and result from the vaccination. You see it in each country, it’s the same: in every country deaths follow vaccination,” he said.— Article continues below Petition —

A video published last week on YouTube uses data from the Institute for Health Metrics and Evaluation at the University of Washington to illustrate the spikes in deaths in numerous countries across the globe after the introduction of COVID vaccination, confirming Montagnier’s observation.

The French interviewer pointed to data from the World Health Organization (WHO) showing that since the vaccines were introduced in January, new infections contamination have “exploded,” along with deaths, “notably among young people.”

“Yes,” agreed Montagnier who is a professor at Shanghai Jiao Tong University. “With thrombosis, etc.”

Thrombosis – or blood clots — have been an unexpected problem linked to the new coronavirus vaccines and the cause of AstraZeneca’s vaccine being pulled in several countries. The head of Canada’s public health agency, Theresa Tam, told a press conference Tuesday that there are now 21 confirmed cases of vaccine-induced thrombotic thrombocytopenia, or VITT, including among three women who died from the blood-clotting disorder potentially linked to AstraZeneca’s vaccine and another 13 cases are under investigation.

Montagnier said that he is currently conducting research with those who have become infected with the coronavirus after getting the vaccine. The Centers for Disease Control and Prevention reported in April that it had received 5,800 reports of people who had “breakthrough” COVID after being vaccinated, including 396 people who required hospitalization and 74 patients who died.

“I will show you that they are creating the variants that are resistant to the vaccine,” Montagnier said.

Coronavirus made in a lab

The famous French virologist created waves in April 2020 when he told a French television station that he believed SARS-CoV2, the new pandemic coronavirus, was man-made in a laboratory. The “presence of elements of HIV and germ of malaria in the genome of coronavirus is highly suspect and the characteristics of the virus could not have arisen naturally,” he said.

Though he was ridiculed by French experts for having “a conspiracy vision that does not relate to the real science,” Montagnier published a paper in July 2020 supporting his claims that the novel coronavirus must have originated from human experimentation in a lab – a theory that has recently resurfaced and is currently considered the most likely origin of the virus.

BREAKING: All Vaccinated People Will Die Within 2 Years—Luc Montagnier