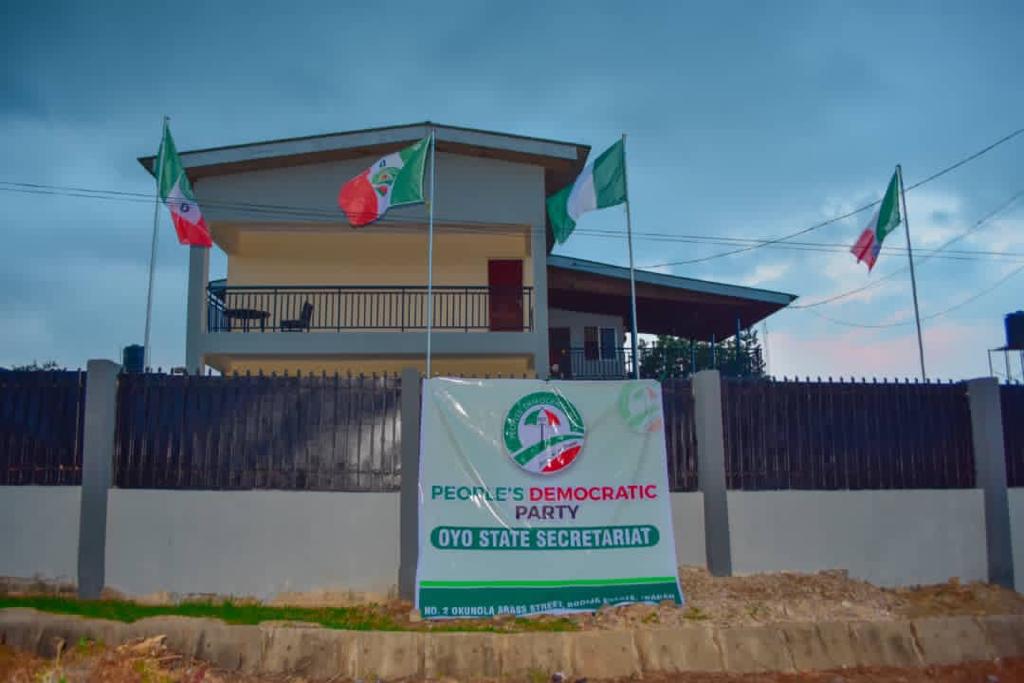 The crisis rocking the Peoples Democratic Party (PDP) in Oyo State is getting mercier day by day as a faction against the Oyo state governor is set to unveil new state party office in Ibadan.

Akéde Ọ̀yọ́ gathered that the new development is a preparation ahead of the upcoming party congress.

Some agrieved PDP Members, we felt they were skimmed out of Seyi Makinde’s government are behind this to rattle power with the state government.

Sabo Evacuation: Makinde Has No Plan To ‘Grab Land’ For Himself Or His Associates, Oyo ALGON PRO, Agba-Egbe