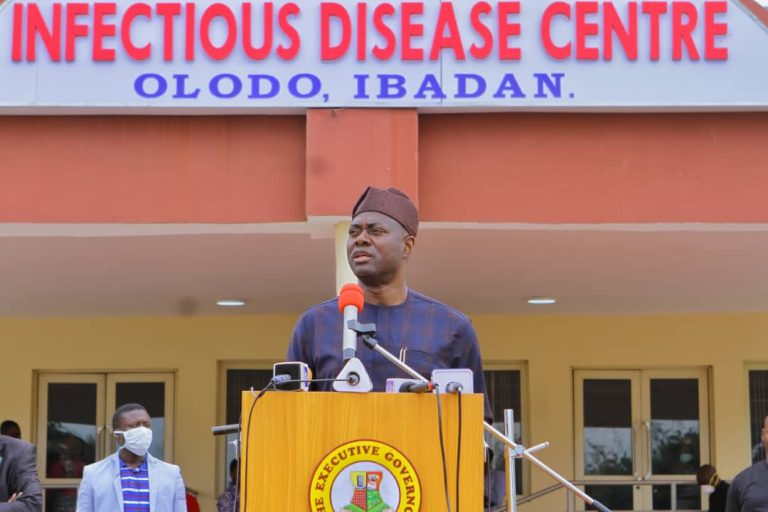 The Oyo State COVID-19 Task Force has reported that two residents that contracted the Delta variant of the COVID-19 virus are dead.

Speaking with newsmen, the State Incident Manager and Coordinator of the Emergency Operations Centre, Dr Olabode Ladipo, noted that contact tracing of the two cases had begun and that one contact got thus far came back positive and has been isolated at the state facility.

Presently, he said the state had about five patients of COVID-19 at the state Infectious Diseases Centre, Olodo, Ibadan.

He, however, assured that the state was putting in efforts to ensure that contacts of the deceased persons are followed up and would isolate those whose tests come back positive.

He noted that the Delta variant was about 90 per cent more transmissible, faster to spread than the original COVID-19 virus found in Wuhan, China, and charged residents of the state to reactivate all COVID-19 protocols to stem further spread of the Delta variant.

Ladipo said: “We are a freely mobile group of people and you have to understand that people have travelled all over the world, they still come back and one way or the other, one may have slipped through the net. You need to understand that because of the way we associate with our relatives that come in from other climes, the contact may have helped transmit the virus within the people.

“But, let me assure you that every form of effort is being put to ensure that all the contacts of everyone they have seen in the last two or three weeks are followed up and anyone positive, we will ensure that isolation is done.

“The Delta variant is the variant that was giving quite a lot of people concern to countries around the world. It was that that gave a lot of infections and fatalities in India and as such, a lot of people are worried about the prevalence and transmissibility.

“It has been found that this variant of the virus is far more transmissible than the strain that was found in England some months back.

“And that was said to be 80 to 90 per cent more transmissible than the original virus that was initially seen in Wuhan, China. Now we are having that variant which is faster to spread and has some levels of severity in terms of infection.”

“What is needed is that level of commitment, support from individuals across our communities. People need to learn to understand that the initial extra-therapeutic measures that were put in place, those guidelines, the issues of social distancing, use of facemask, regular handwashing should be revisited because when we did do that, it stemmed the tide and perhaps if we do this now, we will be able to stem this wave, as well.

“I foresee a situation that if people adhere to those guidelines spelt out, we might be able to stem that tide.”