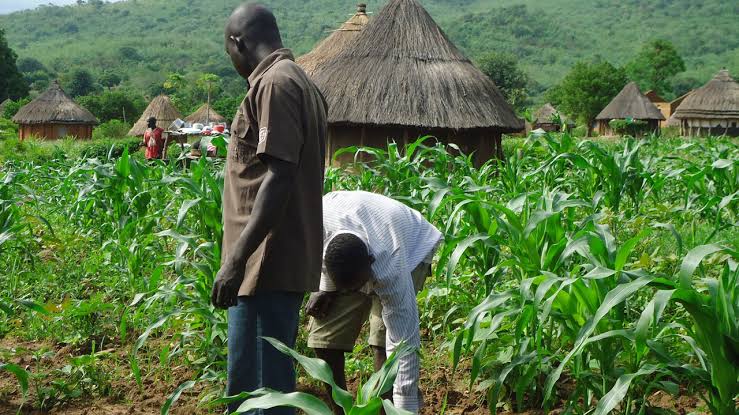 Farmers in Oyo State under the aegis of All Famers Association of Nigeria, Oyo State Chapter, have urged the Governor of Oyo State, Engr Seyi Makinde, to remember his promise to farmers in the state and fulfil his pledge about making members of the association part of his cabinet especially on the Commissioner of Agriculture position.

The farmers, speaking through the state chairman of the association, Engr John Olateru, stated that Oyo State is blessed once again to have those who have the mind to keep the state at the top in terms of development at the helm of affairs, adding that as a governor that wants the best hands, it is important to use members of the association to get the required turnaround in the agricultural sector.

“We are using this medium to remind the governor of the pledge he made to the Farmers Association of Nigeria, Oyo State branch on the position of Commissioner of Agriculture in the state during the association’s program in Ibadan on January 1, 2019, titled, Farmers Public Debate with Oyo State Gubernatorial Candidate, Engr Seyi Makinde,” the farmers stated.

They urged the governor to keep to his words so that a round peg could be put in a round hole as far as the Ministry of Agriculture in the state is concerned, reiterating that, “we all know that part of what is affecting the country is not making use of people in the discipline they know best in public service. We, therefore, urge Governor Seyi Makinde to do all he could in his capacity to appoint one of us as Commissioner for Agriculture in the state; this will bring the optimum success of food production in the state.”

The association which insisted that farmers are not being placed in their area of specialisation when being considered for a position in the public service, however, lauded the governor for what they described as his efforts in building modern and state of the art infrastructures in the state as well as the improvements to the health sector.

According to the farmers, “a walk within Ibadan and notable towns in the state at night will convince anyone that quality infrastructure is on the ground” and gone are the days when the project being done by a previous government will be abandoned by the subsequent government in the state.

“A closer look at what is presently available in Oyo State reveals that every project that could not be completed by the previous administration is all near completion by the present government. The health sector in the state has greatly improved by the policy of making sure that a Primary Health Centre is built in each of the Local government areas in the state,” the association stated.

The association however called on residents in the state to stop vandalising infrastructural facilities and cultivate maintenance culture which according to the farmers, has been a serious issue in Nigeria for a long time.

“We lack maintenance culture when the government provides infrastructural amenities to make life easier on people and in fulfilment to our various demands, it is our responsibility as citizens to maintain it and check those who have the tendency to destroy the content,” they said.