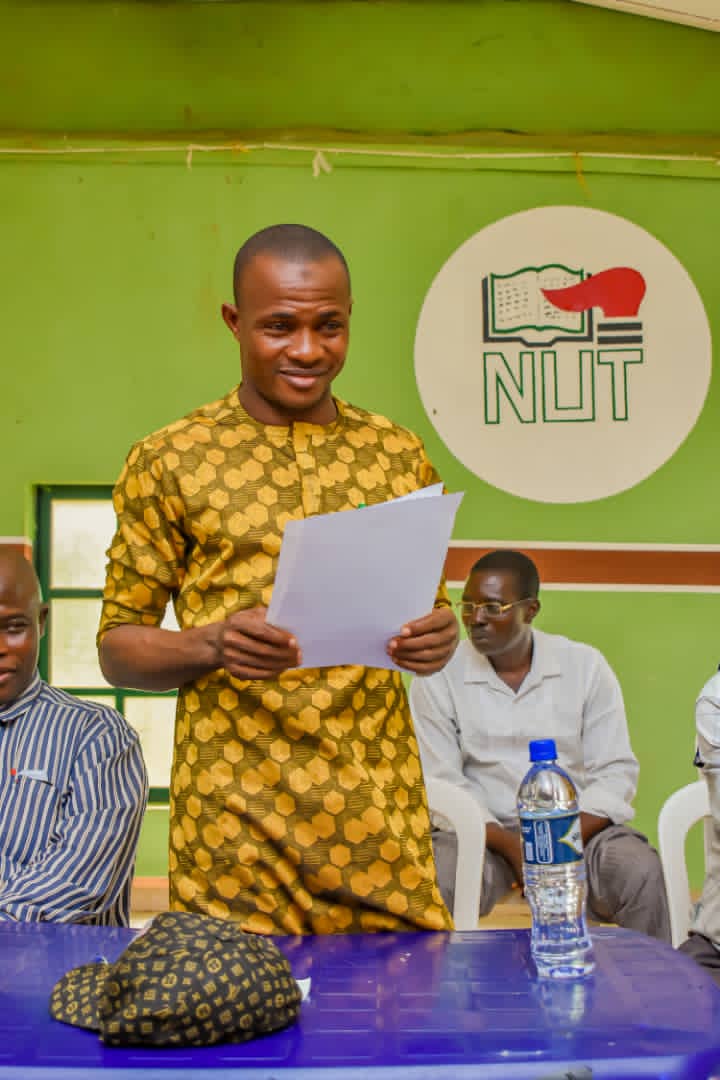 AOPSHON Played Host To Ibadan North LG Chair’ Agba Egbe, Having Been The First-Ever Sitting Council Chairman To Honor Its Invitation Since Its Existence~

The Association Of Primary School Heads On Nigeria under the umbrella of the National Union of Teachers (NUT) Ibadan North LGA, hosted the Executive Chairman of Ibadan North Local Government, hon. Yusuff Sahib Oladayo (Agba Egbe) to its meeting at the NUT.

The meeting which was held at the NUT building today, was targeted to familiarize with the just elected executive council chairman, reminder of implementation of some basic needs and request read out by Mrs Egunjobi Olayinka .T reads;

*And lastly, requesting the chairman from his busy schedule to creates time to visit the schools, to see for himself, Progress and lapses and at the same time create a sense of belonging among the teachers and students.

Speaking on behalf of the executive is Comr. Fakeye F.O who used the medium to appreciate the council boss for the educational materials distributed few days into office as such developments was felt and appreciated by both the students, teachers and the parents, which further shows and prove that the council boss is sensitive to the importance of education most, especially at the primary school level. And also to plead with the council Chairman, in his kind gestures, to implement the above request and also pleaded for more developments in terms of primary education in Ibadan north LGA.

Also speaking was the HOS Mrs Olaniyan, who commended the Executive Chairman hon Yusuff Sahib Oladayo (Agba Egbe) having been the first Executive Chairman of the local government to physically in person honour the association meeting stating such acknowledgment is worthy of note and highly appreciated.

She further commended the efforts of his Excellency Engr. Seyi Makinde on the prompt payment of Salaries, Arrears extended to the primary school teachers, acknowledging the governor as an angel on earth to help the powerless and the voiceless.

The council boss, in his response, appreciated the executive and members of the Association and commending their efforts so far for making AOPSON Ibadan north LGA proud beyond the LGA and outside the state for its proactive and intelligent contributions to issues in the union.

Hon. Yusuff Sahib Oladayo set the records straight by telling the association that he is saddened about the above-mentioned challenges, he added that all requests and necessary needs which has been tabled before him will get across to all other local government chairmen in the state through the medium of ALGON and channeled to the board authority, which will see to prompt actions to respond to the needs of the teachers and young pupils not just in Ibadan north alone but across the state.

He assured the association that the local government will compliment the efforts of the state government, seeing that more hands comes on board, as it’s noticed most primary teachers retire as their service time lapses, and will be made to ensure promotions for teachers on board are implemented, arrears are attended to and every remuneration accrued to teachers is fairly allotted. And also added that he will at all times make himself available at meetings of the association to further discuss the way forward of the teachers.