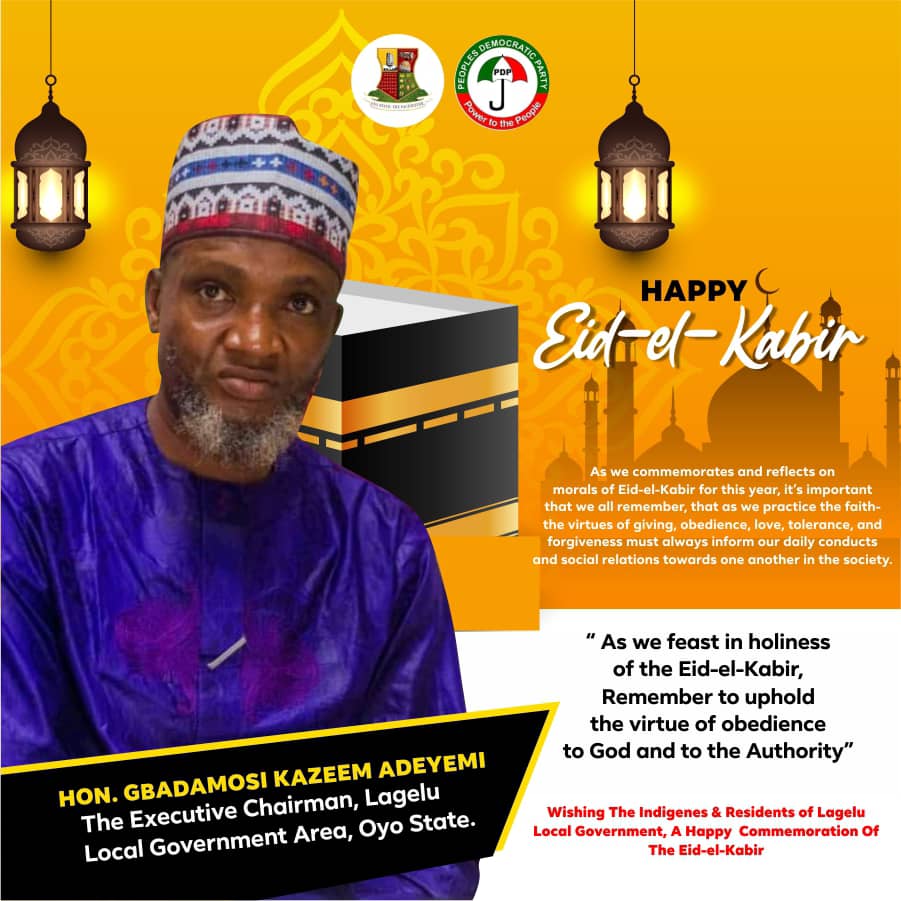 In a statement made available at the eve of Eid-El-Kabir, by his Special Assistant (SA) on Media and Publicity Mr Ayo J Salami, the executive chairman of Lagelu local government who had earlier extended a hand of goodwill to Muslim faithfuls, through the distribution of food items and rams to all Chief Imams, and Community Leaders, maintains as follows.

“As we join Muslims and Islamic communities around the world to celebrate this year’s Eid-El-Kabir, marking the remembrance of the love of God (Allah) towards mankind— I enjoin all Muslim faithfuls to replicate and demonstrate in the daily life conducts, the lessons and virtues of forgiveness, sacrifice, love, tolerance, habits of giving, and more importantly obedience to God, and to the Authority”

“It’s of great importance, to also urge all men of faith, to reflect on the holiness of the festive season, in offering prayers to Almighty Allah, for His goodness and mercy towards Lagelu local government, Oyo State, His Excellency, Governor Seyi Makinde FNSE, and the Nation”— Hon. Gbadamosi Kazeem Adeyemi urges Muslims at the eve of Eid-El-Kabir.

Eid-El-Kabir: Makinde Congratulates Muslims, Urges Them To Reflect On Essence Of Festival, Adhere To COVID-19 Protocols