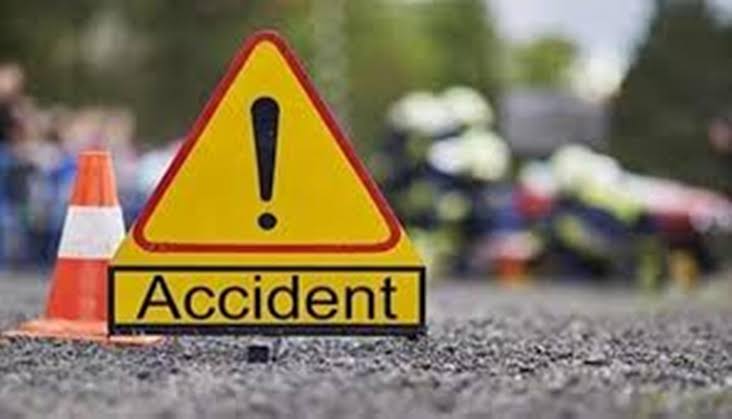 No fewer than 13 persons were on Wednesday confirmed dead while 12 others sustained injuries in an accident involving an unregistered Volvo truck and a commercial Mazda bus opposite Wichtech roofing and pipes on the Lagos-Ibadan expressway.

According to Akinbiyi, the commercial bus driver wrongly overtook an ongoing vehicle, which led to the loss of control, saying that the bus rammed into a broken-down truck with waste disposal.

He said the commercial bus was loaded with 25 passengers instead of 18.

He noted that 25 people which comprised of nine men, eight women and eight minors were involved in the accident.

He stated that 12 people which comprised five men, three women and four minors were injured while 13 persons comprising four male, five female and four minors died in the accident.

“Learnt the commercial bus was coming from Lagos, when it overtook the vehicle at its front wrongly, before ramming into a stationed vehicle at the roadside killing nine persons in the vehicle on the spot.

“The remaining four died at Idera Hospital where they were rescued to by TRACE and Federal Road Safety Corps officials.

Akinbiyi explained that the injured victims were rescued at Idera hospital while the deceased were deposited at the same hospital mortuary in Sagamu, saying the vehicles had been towed to Sagamu Police station.

“TRACE Corps will continue to insist that the roadside is not a mechanic workshop where cars should be parked or repaired for whatever fault because of its attendant consequences,” he said.

Standby Helicopter Was To Bring Igboho To Nigeria, But Yoruba Indigenes Fought— Lawyer