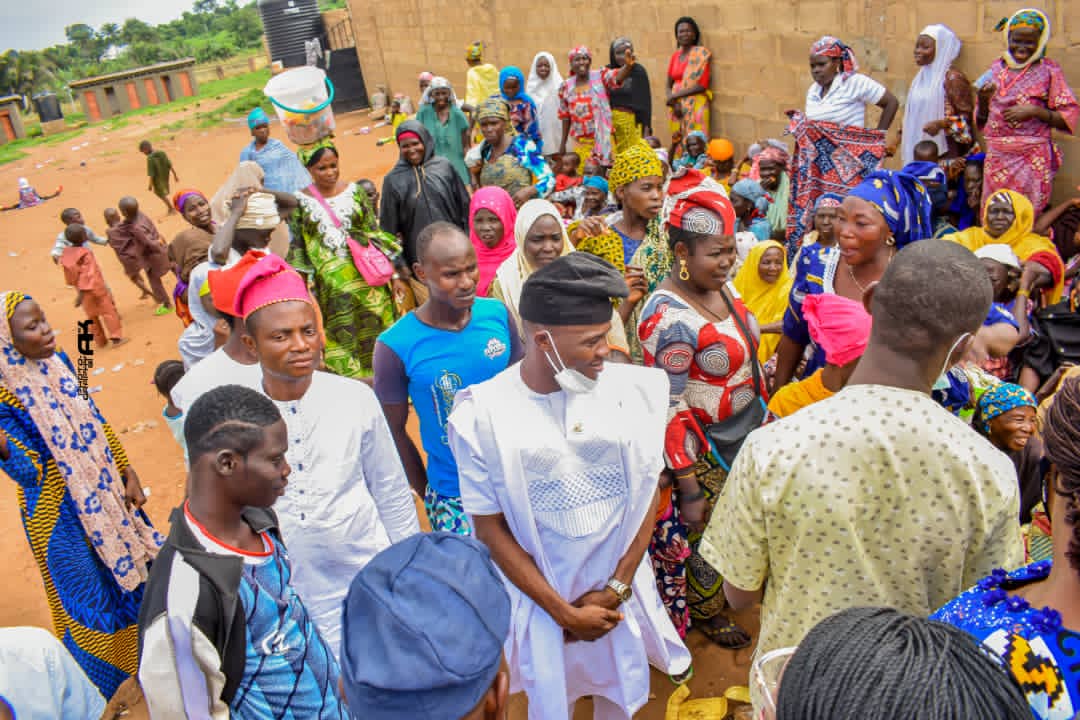 The Executive Chairman Of Ibadan North Local Government, Hon. Yusuff Sahib Oladayo, Once Again, Had Placed Joy And Happiness On The Faces Of Those Who Recently Were Taken Off The Streets Of Ibadan To A Better Alternative Shelter And Accommodation Provided By The State Government.

The council boss who was accompanied by the twelve local government ward councilors, party stakeholders and loyalists said his decision to celebrate with his brothers and sisters and children because he dislikes calling them destitute or beggars was to give them a sense of belonging and prove to them that the PDP led administration in the state will always keep to its words and promises at all times.

Food items was donated by the local government chair. Hon. Yusuff pointed out that the welfare and well-being of these destitute should be the collective responsibility of wealthy and privileged members of the society and not just on the government alone, as the state government had always ensured they get fed thrice a day with constant electricity in and around the resettlement center.

In his remarks, the leader of the legislative house in Ibadan north local government, hon. Kareem Onatunji who led the rest of the legislative appreciated the council chairman for yet another proof of unprecedented leadership skills and prayed that God continue to direct the chairman in a divine direction to continue to place Ibadan north as the pace setter entity in oyo state and Nigeria as a whole.

The council chair also used the opportunity to thank and appreciates the Executive Governor of oyo state, Engr. Seyi Makinde for his roles in providing shelter for the beggars who had once litred the street of Ibadan.