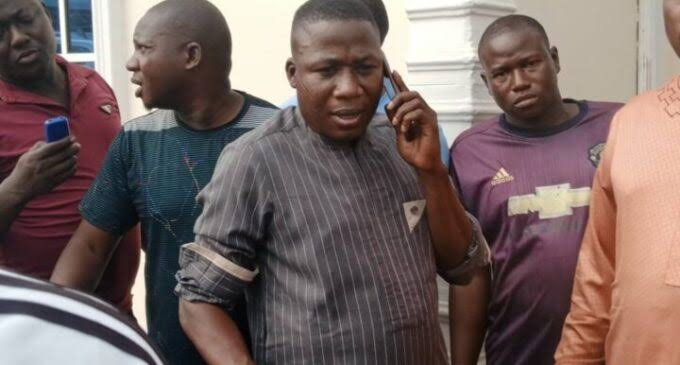 Standby Helicopter Was To Bring Igboho To Nigeria, But Yoruba Indigenes Fought— Lawyer

Mr. Yomi Aliyu(SAN), the lawyer to Sunday Igboho, on Wednesday, narrated how the freedom fighter was arrested in Cotonou, Benin Republic, and was to be flown to Nigeria on a waiting helicopter.

Mr. Aliyu, who spoke during a radio talk programme on Rave FM, tagged Frank Talk, said one of Igboho’s brother travelling with him before he was arrested was the one bundled into the plane heading to Germany, not Sunday.

The legal practitioner said: “As at today (Wednesday) Sunday Igboho is still in police detention in Benin Republic, specifically in Cotonou.

“While they were fighting with the brother, he was bundled back into the plane heading to Germany; he was the one in Germany now, not Igboho.

“He was already in the plane in Cotonou on his way to Germany with his wife and his brother was there too. Somebody fingered him out that he is a wanted person.

“He was brought down with the wife and brother and a fracas ensued because he was to be flown to Nigeria by a standby helicopter.

“But the wife and the brother put up a fight and started shouting at the airport, which attracted some other Yoruba indigenes and they came to their rescue.”

He added that his line of communication with Igboho is indirect and deliberately decided not to travel to the country to avoid being embarrassed.

He said: “My communication with him is indirect. We don’t want to create a situation where we now go to Cotonu and I will be embarrassed for some other things.

“We know who is heading the police, who is the High Commissioner on Cotonu. I can’t go to that area now, but I speak with him indirectly anytime I want to speak with him.

“I have been speaking with him through somebody that should know.

“In fact, my own philosophy is different from their philosophy. But professionally, I am for Sunday and the rule of Law nothing political.”