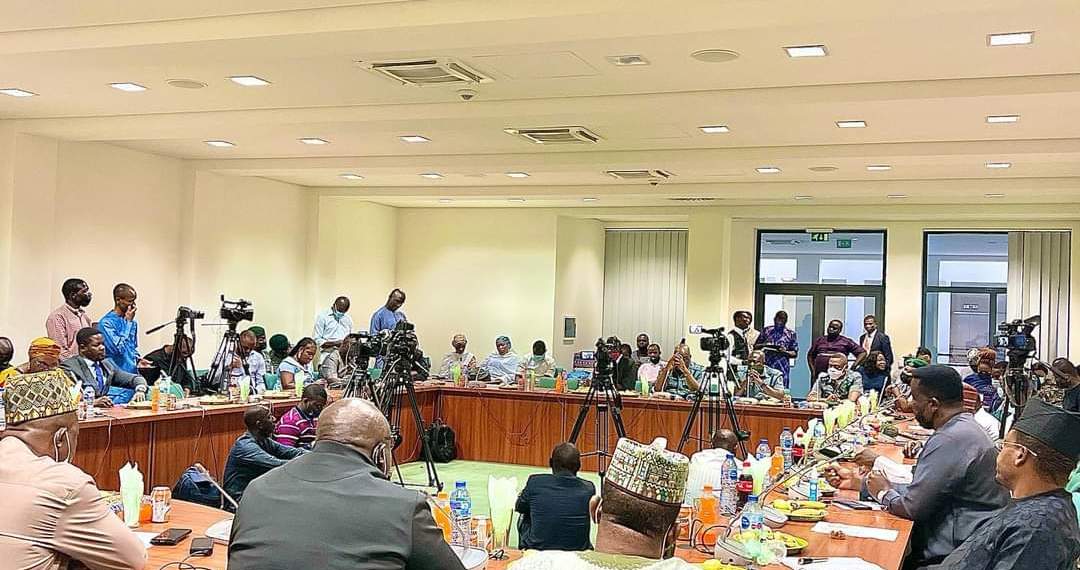 The House of Representatives has begun investigation into the alleged extrajudicial killing of five persons in Iseyin, Oyo State, by men of the Nigeria Customs Service.

The House Committee on Customs and Excise grilled officials of the NCS at an investigative hearing, where the lawmakers condemned the Service over how it handled the crisis that followed the interception of rice smugglers on May 13, 2021.

According to the PUNCH Newspaper, a leader in the Iseyin community, who spoke on behalf of the victims’ families, Tijani Rasak, said, “On May 13, 2021, the incident occurred around 4.30pm during the Eid-el-Fitr after Ramadan. Majority of those killed were not smugglers; they were only performing their official duties. Some were okada riders; some were painters, while some were just going on the road when stray bullets hit most of them and they died.

Rasak stated, “We are not saying that the Customs or any other government agency should not perform their official duties, but what baffled us most is that when you consider the nearness of Iseyin to the nearest border, if not more than 200 kilometres, it will be about 200 kilometres. And we believe that there is a stipulation of 25 kilometres to the border, where the Customs can operate.

“They wasted five lives. There were some, who were hit by bullets, but did not die. But five people died instantly. This is not the first time that this is happening in Iseyin, and that is why the community’s king said ‘enough is enough’.”

The Chairman, House Committee on Customs and Excise, Leke Abejide, while leading the grilling of the NCS representatives, asked how the alleged contraband was smuggled through 50 towns covering about 200 kilometres before being intercepted at Iseyin.

“Why was it that they (smugglers) were not arrested there at the border before coming to this long distance?” Abejide queried.

“Customs operations are not necessarily limited to the borders. We are not under any limitation. Under Section 158 of SEMA, we are to patrol freely. SEMA is an Act of Parliament,” Edorhe stated.

“Under Section 158, we are to patrol freely; no inhibition. So, we are not limited to 25 kilometres from the border. Then, the incident in Iseyin relates to our Federal Operations Unit, not the Osun/Oyo Command. Federal Operations Control Zone ‘A’ covers the whole of the South-West; and on intelligence, they can go anywhere to operate. But the particular incident of May 13, the Assistant Legal Adviser has come up with a position, which he will read out.”

The Assistant Legal Adviser, NCS, Umar Lawal, noted that the Customs had a base in Iseyin and said on the day of the incident, men and officers of the FOU were on patrol when they intercepted two Nissan Pathfinder Sports Utility Vehicles laden with parboiled foreign rice.

Lawal noted that after the interception, attempts were made to arrest the smugglers based on Section 8 of the SEMA Act.

He said while the smugglers escaped and the contraband was being moved to the Customs base, the officers and men were allegedly mobbed and the mob followed the convoy to the base, where personnel, facilities and vehicles were allegedly attacked with two officers injured and a rifle snatched from one of them.

“In fact, an attempt was made to abduct an officer of the service and in view of that, the leader of the FOU had to make a call for the intervention of sister agencies. And in the course of that, the military were contacted. Before the arrival of Nigerian Army personnel for the rescue mission, the mob had successfully dispossessed one of the injured officers of his rifle.

“The mob did not just come harmless; they were well armed, because they carried cutlasses, machetes, big trees, sticks and stones; they were pelting the personnel with the stones, cutting them with the machetes and cutlasses. That was what happened that day. Nobody killed anybody. There was no incident of killing. We did not kill anybody.”

The lawmakers, however, picked holes in the presentation by the lawyer, asking why the NCS denied the killings when there were pieces of evidence of deaths during the shooting and why the officers decided to shoot because of seized rice.

The lawmakers said they had been informed that the NCS had sent emissaries to leaders of Iseyin to beg the community.

The committee also presented a doctor’s report on one of the victims, 30-year-old Tobi Akintola, to Lawal, which he read out to the audience, indicating that the slain resident died from gunshot wounds.

The committee resolved to adjourn the hearing and summon the Customs officials in Oyo State, who were directly involved in the incident.

Naira Slides To 505/$ As CBN Stops Forex Sale To BDCs