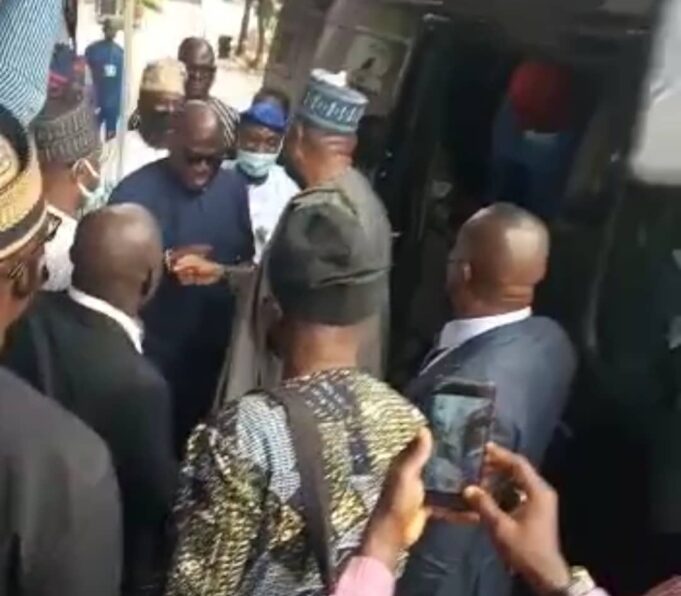 Former Senate President, Bukola Saraki and the National Chairman of the Reconciliation Committee of the People’s Democratic Party, on Tuesday, visited the governor of Oyo State, Engr. ‘Seyi Makinde in Ibadan.

Saraki, who led a delegation to the office of the governor, was accompanied by a number of members of the committee including former governor of Cross Rivers State, Liyel Imoke and former Senate President Anyim Pius Anyim.

The meeting, which was held behind closed doors, lasted about one hour.

However, as of the time of filing this report, details were sketchy as to the reasons behind the visitation.

Makinde was quoted as saying that expanded meeting will be held at the Oyo State Government House later today.

Further investigation by SOURCE revealed that the committee is in Ibadan to meet with some aggrieved members of the party who are at loggerheads with Governor Makinde.

One of the aggrieved members of the PDP who spoke with this online newspaper said he wouldn’t attend the meeting at the Government House for security reasons.

My Administration Has Employed 6,134 Youths In The Past Year – Makinde

In Ibadan Soldier Stabs Man For Disrespecting Him