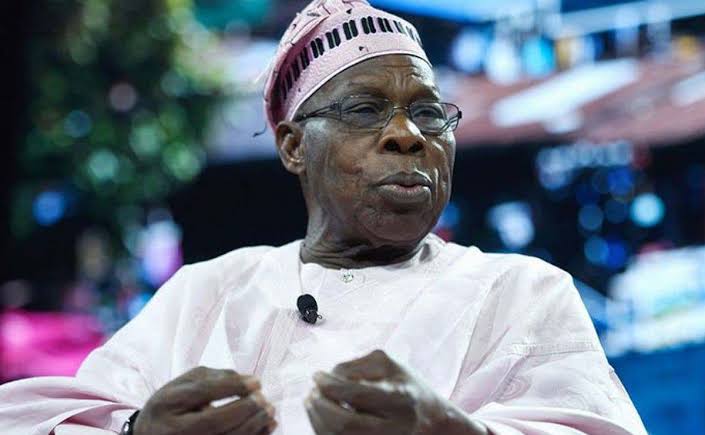 Former President Olusegun Obasanjo travelled to Benin Republic in the first week of August in an attempt at mediating in the ongoing trial of Yoruba Nation activist, Sunday Adeyemo, otherwise known as Igboho.

According to TheCable, top sources in the diplomatic circles said the former president travelled to Zanzibar, an island in Tanzania on August 1 and rerouted to the Francophone country.

He was said to have travelled to Benin Republic on the guise of condoling with Nicephore Soglo who recently lost his wife – Roseline Soglo. Roseline died on July 25 at the age of 87 in Cotonou.

“Former President Obasanjo travelled to Zanzibar on August 1. Perhaps to conceal his trip; he rerouted to Benin Republic,” one of the sources said.

“He was to condole with former President Soglo who recently lost his wife.”

Another source who was also privy to Obasanjo’s trip said, “He also met with Patrice Talon. The purpose of the meeting was to seek soft-landing for Sunday Igboho. He’s asking the Beninese authorities to grant the separatist leader asylum, and not to return him to Nigeria.

“The former president intervened on the request of some South-West leaders.”

SaharaReporters had two weeks ago reported that Igboho was awaiting his fate at the Cour De’Appel De Cotonou, Benin Republic, following his arraignment by the authorities of the country.

A source had told SaharaReporters that the activist was not for extradition to Nigeria.

SaharaReporters had reported how Benin Republic police about four weeks ago arrested Igboho at Cardinal Bernardin International Airport in Cotonou, while trying to fly from the country to Germany.

The Department of State Services (DSS) had on July 1 raided the residence of the activist in Ibadan, Oyo state.

Igboho had planned a ”Yoruba Nation Rally” in Lagos two days before the raid.

The agency alleged that Igboho was stockpiling weapons, and subsequently declared him wanted.