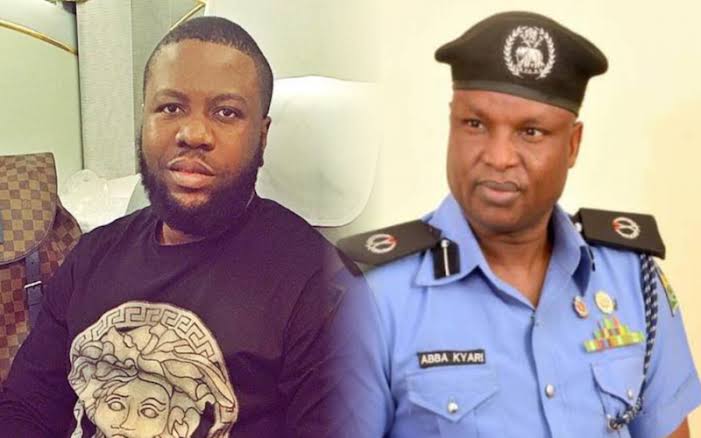 The House of Representatives has said a former Commander of the Inspector-General of Police Intelligence Response Team, DCP Abba Kyari, will remain its honouree until he is found guilty of the allegations against him by the Federal Bureau of Investigation in the United States.

Kyari has been suspended by the Police Service Commission on the recommendation of the IGP, Usman Baba, pending his investigation by Nigeria’s police authorities.

The House, on June 11, 2020, honoured Kyari for his exceptional service to the Nigeria Police Force and Nigeria.

Kyari, a Deputy Commissioner of Police, was invited into the chamber to appear before the lawmakers in plenary.

The Speaker, Femi Gbajabiamila, had paid tributes in glowing terms to the police officer, whom he described as an intelligent man.

Gbajabiamila said, “We have with us an officer and a gentleman. We have with us in the chamber today a man that has proved himself to be worthy of the highest commendation; the man who has spent the latter years of his life, at least in the last 20 years, serving the people of Nigeria.

“Many of us may have heard of him; many of us may have seen him. But today, the House of Representatives, in its wisdom and having followed his career over the years, and witnessed on a daily and yearly basis how he put his life on the line for our great country, has deemed it worthy to commend and to honour him.”

Several members of the House had also paid tribute to Kyari, calling on the Federal Government to give him a national award.

In his response, Kyari said about 20 members of the IRT had lost their lives in the line of duty. He dedicated the award to them, saying the honour had boosted the morale of his men.

However, the FBI has alleged an international fraudster and money laundering suspect, Abass Ramon, aka Hushpuppi, paid N8m or $20,600 to the embattled Kyari, to arrest and detain a “co-conspirator,” Chibuzo Kelly Vincent.

A document issued by the United States District Court for the Central District of California and dated February 12, 2021, alleged that Hushpuppi contracted the services of the IRT commander after Chibuzo allegedly threatened to expose an alleged $1.1m fraud committed against a Qatari businessman.

When contacted on Monday to speak on the honour bestowed on Kyari, after being named in the scandal, the Chairman of the House Committee on Media and Public Affairs, Benjamin Kalu, said the DCP was still innocent until proven guilty.

Kalu said, “The position of our law is that you are innocent until you are proved guilty. It is not the only award that he has. We cannot begin to strip him of his award; he is a suspect at the moment. Lawmakers are not lawbreakers.

“The constitution says you are innocent until proved guilty. But if at the end of the day, he is convicted, then the House would have a reason to review its position. But at the moment, he is still under investigation.”

The FBI criminal complaint lodged at the United States District Court in California had listed Hushpuppi and Kyari among six suspects indicted in a $1.1m international fraud conspiracy.

Kyari, who is popularly known as ‘super cop,’ has been under fire since the FBI, last Wednesday, unsealed a 69-page court document showing that he was under investigation by the bureau for his alleged link to Hushpuppi, who had pleaded guilty to fraud.

Like Kyari, the House, under Gbajabiamila’s leadership, on September 18, 2019, honoured the Chairman of Air Peace, Mr Allen Onyema, for the free air services offered by his domestic airline to the Federal Government for the evacuation of Nigerians under xenophobic attacks in South Africa.

Later, on October 10, 2019, the House honoured recipients of the ‘Best Principal’ and ‘Best Teachers’ awards, Agnes Iyabo Elusakin and Pius Ikuseyidunmi, respectively, who were among the three teachers of Lagos State that won the 2019 President’s Teachers and Schools Excellence Award.