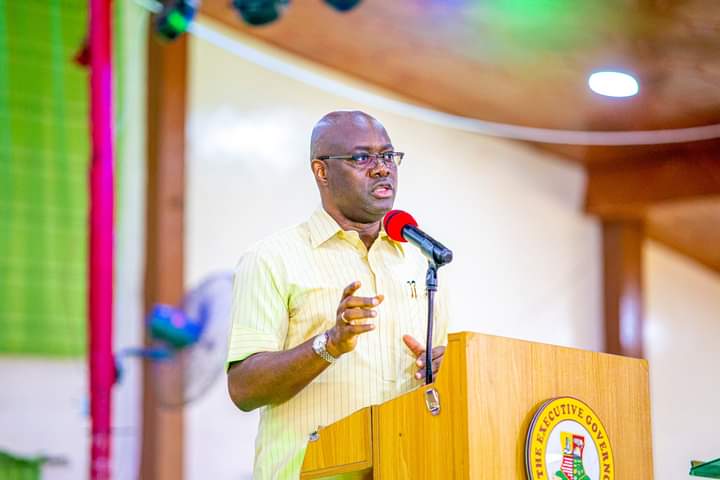 Governor Seyi Makinde of Oyo State, on Sunday, advised clerics not to distance themselves from politics.

Makinde made this disclosure while speaking in Ibadan, the state capital.

He spoke during a thanksgiving service of the Christ Revival Miracle Church, Molete, Ibadan, shepherded by Reverend P.F Owa.

Makinde, while addressing the congregation noted that it is when men of God participate in politics that the desired changes can occur in the country.

He maintained that only the participation of men and women of faith can give Nigeria a perfect and complete nation.

Makinde, while speaking further, charged professionals to participate in politics.

He added that this will enhance good governance and promote sanity in the political system.

The governor, while speaking on the 2023 election, said that he has not made up his mind whether to seek reelection or not.

He added that he did not know if he would seek reelection or not.

“One of the pastors, while praying, talked about the first and second tenure.

“Well, I came out in 2019 to tell the people that I wanted to become the governor but I prayed to God that only His will should be done.

“And now, I don’t even know if it is the will of God for me to even seek or push out for a second tenure.

“The only prayer I want you to be praying is that God’s will alone should be done in my life.

“On a final note, let us participate in politics and governance as children of God.”

I Am In Republic Of Benin In Solidarity With Sunday Ighoho, Not On The Run – Akintoye