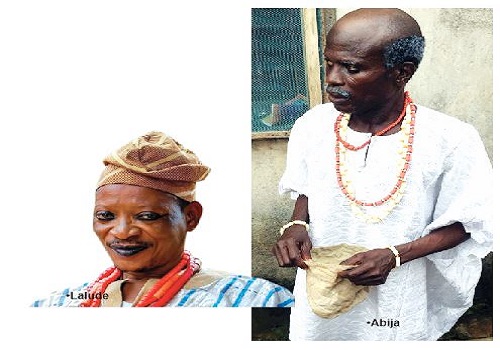 THE Nigerian social media comedy space has in recent time experienced a swift followership by not just the youths but every social media and internet user as it is almost impossible not to come across a comedy skit daily, be it on Whatsapp statuses, Instagram, Twitter, or facebook.

It is worthy to note that the majority of these Instagram comedians neither practiced the act of film making not studied theatre arts. In fact, only a very few had featured in a full length feature film.

The likes of Mr Macaroni, Broda Shaggi, Yemi Elesho acted either in school, or belonged to a drama group prior to their online comedy breakthrough.

The collaboration between the established veterans and the reigning youths has since been found necessary. Realizing the bigger picture with the collaboration and inputs of the professionals has not only proven to be the next step but has increased skits viewership.

Here are some of the famous Nollywood stars that have collaborated with the reigning skitmakers to make a statement.

Known as a no nonsense native doctor, Fatai Adekunle Adetayo aka Lalude got his first skit feature in Woli Arole’s skit about a year ago where they addressed religious and traditional differences. Lalude’s second and most famous skit is with Mr Macaroni when he acted as the intended son in-law who visited his supposed girlfriend’s father for the first time putting on his full “juju” regalia. The video garnered over one million views across Macaroni’s social media platforms with eighteen thousand comments on Instagram alone. Several comments giving credit to both the script and the actors involved. Going further, Lalude however also got featured in more skits for other online comedians including Oluwa Dollarz to name a few.

Just like Lalude, Ganiu Nofiu simply known as Alapini Oosa, is well known in the Yoruba sector of Nollywood for his role as a native doctor but with a bit of comedy. Alapini got a role in Yemi Eloso’s skit recently showing off his acting prowess as a legend in the movie industry. When the video got online, it got a lot of comments as fans of both Yemi Eleso and Alapini lauded the actor for his role. A commenter said “Ah Alapini Baba words nah fire. So funny and eloquent in incantation”, another fan wrote: “I love baba, baba can act. I can’t stop laughing”.

Kanayo O Kanayo also lends his acting skills to Mr Macaroni’s skit when he featured in his video. The legendary actor brought his famous ritualistic character to the script which blew the minds of fans.

Another actor who has enjoyed the new media is Tajudeen Oyewole famously known as Abija. The actor in a short period has been casted in a couple of Instagram skits for the Oluwa Dollarz, Black Camaru and Officer Woss. Abija who hasn’t been seen in movies lately resurfaced in comedy skits proving that the skills are still intact.