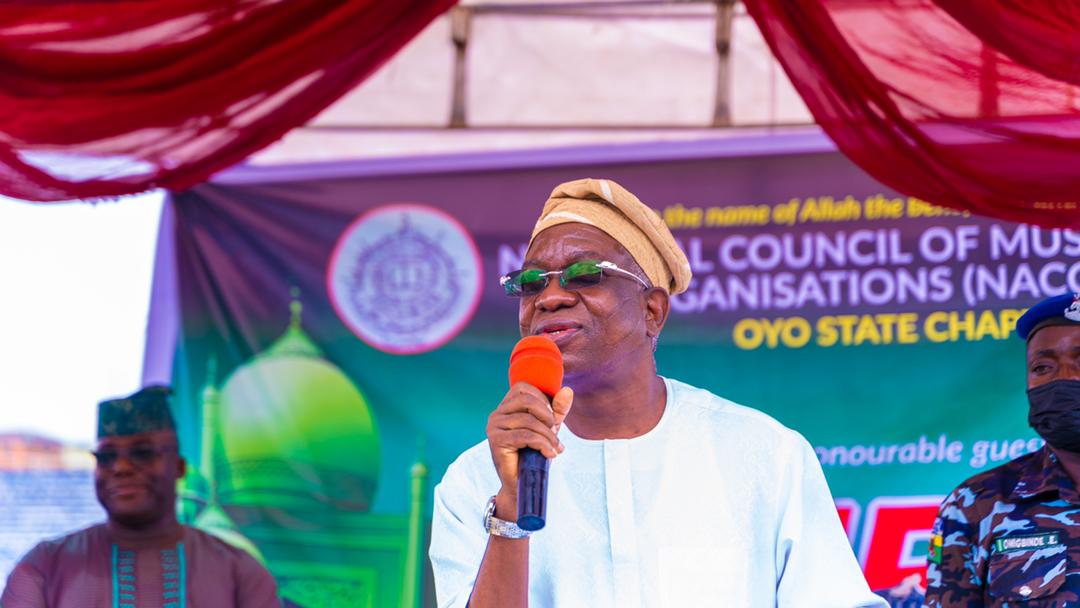 The Deputy Governor of Oyo State, Engineer Rauf Olaniyan has called on Religious bodies and Non-Governmental Organisations to channel their grievances to government through civil means and continuous engagements.

The Oyo state number two man made this charge during the 1443 Hijrah Grand Rally organised by the National Council of Muslim Youth Organisations (NACOMYO) at the Liberty Stadium in Ibadan, over the weekend.

Engineer Olaniyan said the appropriate means to get things done or make demands from the government is to continue to engage and have discourse with those at the helm of affairs to get their demands attended to.

“Be patient with govt as the burden and challenges that come with administration are much, so give some time for the changes you require to be effected”, he said

He said everything about life is vanity and amusement, adding that we should not be at loggerheads with one another because of material possessions.

Engineer Olaniyan charged all to do good to their neighbours and all men they are in contact with.