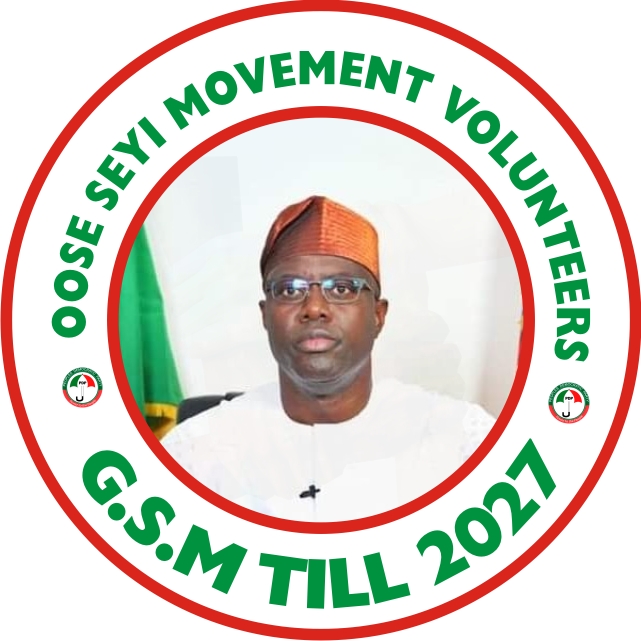 Interestingly, Youth, Volunteers and Lovers of good Governance across all the 33 Local Government in Oyo State have come under this umbrella (OSM) to advocate for this kind herat of Democratic Governance of His Excellency, Oluseyi Abiodun Makinde of Oyo state should be enough convincing to canvass, mobilise the good people, masses to get involved, drives towards the ongoing E registration of PVC and collection in electing a hear felt Leader, an Entrepreneur, with grassroots experience, good Politics and Policies that will bring joy, comfort and peace to all constituents.

The Campaign to this effect was flagged off in Ibadan, the capital of Oyo state. The movement kick-started around 10:03 am on Saturday 7th Aug, 2021, where most of the LGs were ably represented. Saki East members overwhelmingly came in than others, courtesy to their Chairman, Hon. Ramat. Volunteers, supporters, and lovers of GSM also joined the movement as the chants of GSM till 2027 echoed the rally in almost all junction/spot

Sensitization and Re-orientation about citizens franchise were also emphasized by Team OSM and this led to the fruition of having a lot of people who showed interest to go for their E-Registration of their Voters Cards, and collection of PVC for those that have already registered. Meanwhile, the E- Registration had already been put in place at Omititun house, Beside Stanbic IBTC bank along Best way, Iwo Road, Ibadan between the hours of 10am-4pm daily (Monday-Saturday)

With a charismatic Leader, the objective of a mission is secured, Olamilekan Eldreez Moyosoreoluwa, popularly addressed as Ijoba Authority Moe, is the convener of OOSE SEYI MOVEMENT VOLUNTEERS (OSM)

He and his volunteered team meticulously informed voters around Ìdí Ape, Bashorun, Ashi, Bodija, Secretariat road, and Agodi gate about the importance of exercising one’s franchise as one of the civil responsibilities which must be done with good judgment for the betterment of the state.

The Convener of the movement, Olamilekan Eldreez Moyosoreoluwa thanked God, His Excellency Engr. SEYI MAKINDE, and members of the team that made the sensitization program on E-Registration of voter’s card feasible and also charged the team to prepare for the next zone, as scheduled that the exercise will be taken to other geopolitical zones namely, Oyo, Ogbomosho, Oke-Ogun and Ibarapa Oyo State.