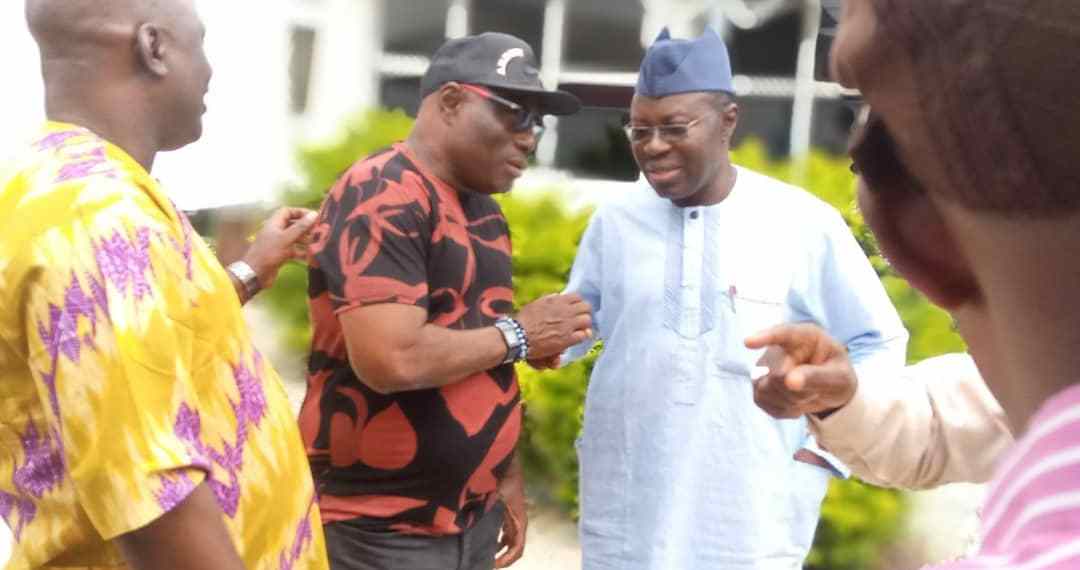 A chieftain of the People’s Democratic Party (PDP), Oyo State Chapter, Alhaji Bisi Olopoeyan has advised Ambassador Taofeek Arapaja to resign his position as the Southwest zonal chairman of the party with immediate effect because he lacks the understanding of the party constitution.

Olopoeyan accused Arapaja of not been a party man enough to align with the party constitution but preferred joining a group of lawless leaders who are calling for the resignation of the Party national chairman, Chief Uche Secondus, who still has an official four months to end his tenure.

In a telephone chat, Olopoeyan said, he was highly disappointed in Arapaja, as he is so naive to know that it is only Congress, election or court order that can remove an elected official in a democratic setting.

According to Olopoeyan, “It is high time for Ambassador Arapaja to resign his position as the Southwest zonal chairman of PDP for joining others to call for the resignation of party National Chairman has shown that Arapaja lacks the knowledge of the party constitution, he shouldn’t be the one with such nonsense. Thou, I don’t blame him, he has left PDP for a long time, so will be hard for him to adapt to the lawful process again.

“Very shameful that Arapaja will also follow leg over, all party stakeholders, members know that the powers to remove any member of the NWC even any national officer is reserved in the national convention and our next national convention is four months away, it coming up this December, so why trying to cause havoc within the party with their selfish interest?

“If anyone is still confused, the party constitution is available, the naive people should go and read Sections 45(1) & 47 (5) of PDP constitution it has been explained there. No organ, individuals or group of persons is or are to ask an officer of the party to resign for any reason whatsoever. Resignation of any officer of our party at any level is a personal decision as stipulated in sections.

“You can’t just wake up from your bed overnight and start asking an elected official to resign, what was his offence? if you want him to resign, have you considered the constitution? It is only the minister or commissioner you can bully out of the office with a resignation threat. Secondus is operating under a valid party constitution.

“Some of them know these but, just acting base on their selfish interest but it is important for Ambassador Taofeek Arapaja who also lack the understanding but still decided to be following crowd to also step aside from his current position, as people of his calibre have nothing to offer the party at this crucial”. Olopoeyan stated.

‘Nigerians Should Be Proud Of Our Performance’, Nigeria’s 74th Position At The Tokyo Olympics Best In 13 Years—Sunday Dare