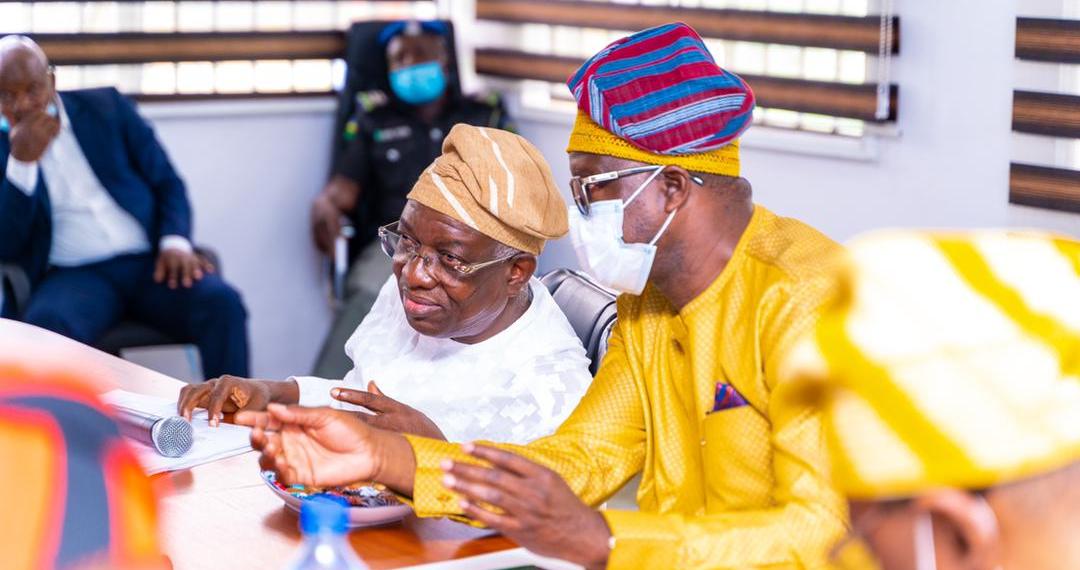 The governments of Oyo and Osun States have appealed to community dwellers along boundary routes to always live in peace and unity with residents on the other side of the divide.

While speaking,the deputy governor of Oyo State,Engr.Rauf Olaniyan called on all
affected local government councils and respective traditional institutions of border communities to continue to ensure peaceful co-existence amongst themselves.

He charged them to seek to understand one another’s perspective and should not under any condition resort to violence to prove a point while condemning the tussle as a needless venture.

Engineer Olaniyan said since both communities speak the same language, have similar backgrounds and were indeed part of the same state before state creation put them apart, they should strive to coexist peacefully.

According to him,’another reason peace is important is for the history books to be kind to us and for posterity to judge us right that we did what was the best not just for our community but also for the next generation.’

Earlier in his address, the Osun state Deputy Governor, Mr Benedict Alabi said disunity is the bane of progress and development as a divided front will only be at cross purposes and cannot grow.

He appealed to both dissenting parties to obey court judgement when and if the law has been passed on the dispute, urging all to take the outcome of court in good faith.

Mr Alabi pleaded with them to make this resolution the last time it will happen as many productive hours has been expended on boundary dispute related issues in that community.

Earlier, the Commissioner for Justice and Attorney General of Oyo State, Prof Oyelowo Oyewo charged both parties to accommodate resolution in the interest of the immediate and larger communities.

He said the the states are sister states and only administrative convenience is what necessitated the division of the old Oyo state into separate federating entities, he therefore called for calm in both areas.