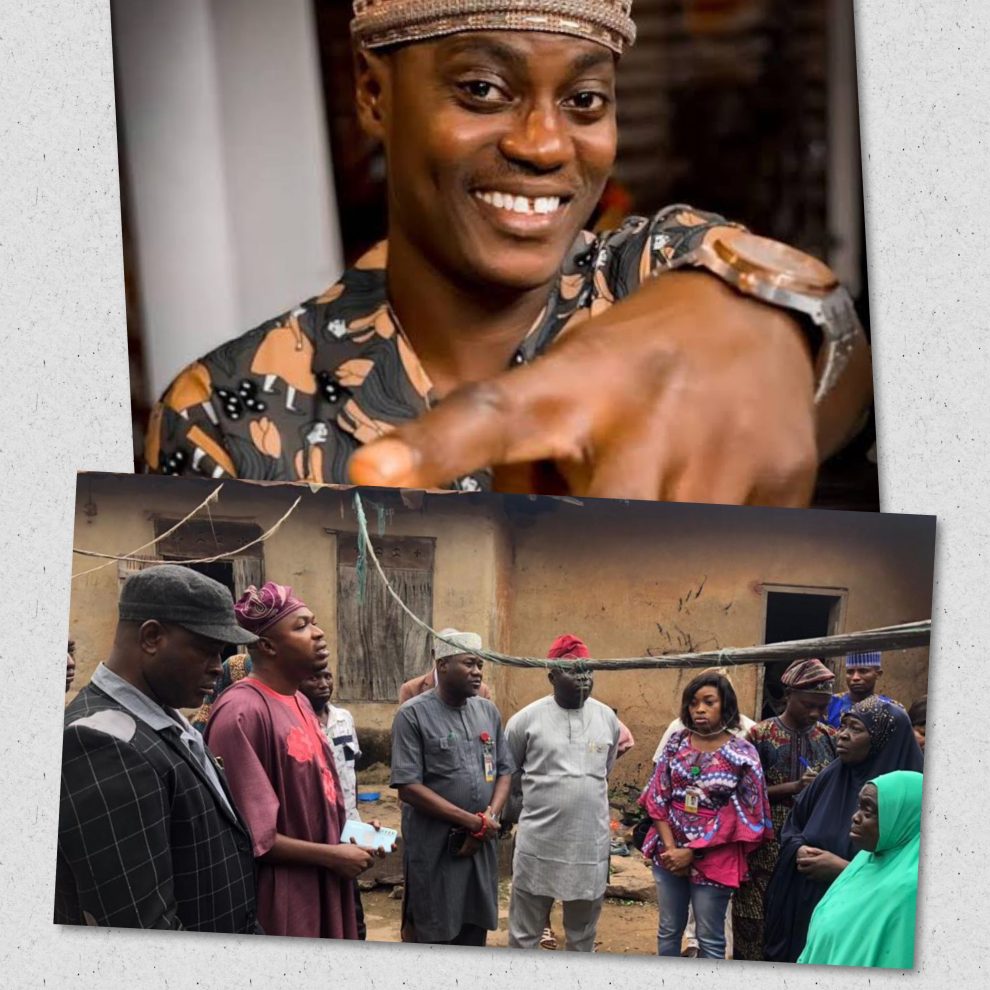 Officials from the Oyo state government on Wednesday paid a condolence visit to the family of the late multi-talented singer, Lanre Fasasi popularly known as Sound Sultan who died at the age of 44.

The entourage, led by Hon Akeem Ademola Ige, Special Adviser to the Governor on Culture and Tourism, paid a visit to Ile Suta, Idi Ose, in the state’s Iseyin local government area.

Also in the delegation was the Lawmaker Representing Iseyin, Itesiwaju state constituency, Honourable Dele Adeola Bamidele; Special Assistant to the Governor on OYSIEC, Hon Tallest Innocent; Vice-Chairman of Iseyin local government, Hon Fasasi Raheem Ajibola who represented the Chairman who was on an official assignment in Abuja; Member Oyo state Tourism Board, Hon Serah Shobowale; Erelu Asa, a tourism and travels consultant, Funmi Rotiba and others.

During his speech, Hon Ige stated that death is unavoidable for everyone and that everything has a temporal limit that will be reached at some point. He described the late musician as a good representative of the state and country.

He added that the state government had previously sent a delegation to the special prayer organized by the family for him in Lagos state, which included Hon. Femi Josiah, Special Assistant on Community Relations II and Special Assistant on Youth, Hon Kazeem Bolarinwa, adding that the state government had not been far away from the family with the help of one the late.

He hinted that plans are on the way to immortalize the late singer adding that an announcement will be made once the plan has been finalized.

“We are here on behalf of the Oyo state government and the Executive Governor of Oyo State, Engineer Seyi Makinde to condole with you over the demise of your son, Lanre Fasasi also known as Sound Sultan. He was a good ambassador of the state because, with his music and lifestyle, he portrayed Oyo state well, and of course, Nigeria in general.

“This is not our first time of contact with the family; we have been in touch since the demise of our son. We sent a delegation which included Hon. Femi Josiah, Special Assistant on Community Relations II and Special Assistant on Youth, Hon Kazeem Bolarinwa to Lagos state where a special prayer was organized by the family. The state government has been in touch with the family through his immediate elder brother, Baba Dee.

“There are plans to immortalize our son. Names like his own and others should always be on our lips and in our memory. So we are working on something, once the plans have been completed, we will make the announcement. So, once again we condole with you and pray to Allah grant him Al Janat firdaous.”

Mr. Ibrahim Kojuomole, while speaking on behalf of the family, thanked the Oyo state Governor, Engineer Seyi Makinde, for the condolence visit. Despite the fact that he is the late artist’s elder brother, he claims that with his death, the late singer has become a big brother to everyone.

He stated that death is a calling that we will all have to answer someday, and he prayed that God grant the late singer everlasting bliss.