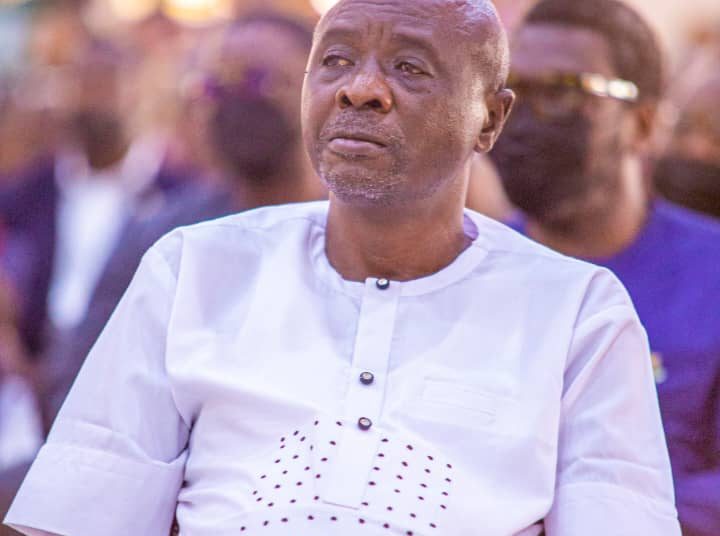 Senator Hosea Ayoola Agboola, popularly known as Alleluyah, has become a household name in the politics of Oyo State and the South-West, especially within the Peoples Democratic Party (PDP) circles, where he has remained an unshakeable force for over two decades.

Alleluyah, a man of many parts, who has successfully tried his hands on a range of businesses including produce merchandise, water packaging, agriculture, oil and gas and hospitality, came into political limelight in 2003, when he was appointed as the Commissioner for Local Government and Chieftaincy Matters in Oyo State.

But way before his appointment, he had been a political strategist, working hard with others under the leadership of the late strongman of Ibadan politics, the late High Chief Lamidi Ariyibi Adedibu, to bring about the victory of the Peoples Democratic Party (PDP) in the 2003 election.

He walked the same road in the 2019 election, working hard with other individuals who believed in Engr. Seyi Makinde as the man to move Oyo State to the Eldorado, and the PDP again returned to winning ways after eight years in the political wilderness.

Senator Agboola has, over the years, proven himself as a master in political strategies, with a depth of experience and intelligence in political calculations and manouvering that is top of the range and unrivalled among his contemporaries. This will explain the strategic place he continues to occupy in the politics of the state since he first shot into limelight.

Apart from being a numero uno in the politics of Oke Ogun zone and one of the forces to reckon with across the state, the Igbojaye-born politician has managed to remain relevant in the scheme of things politically because he is calculative and savvy when it comes to reading the political signs of the time. For instance, the Senator like a man who sees the future, had told me at his Eleyele Printing Press office in 2017 that Engr. Makinde would be the next governor of the state. And when asked why he had begun to talk about Makinde, whom he opposed in 2015 for the PDP governorship ticket, Alleluyah was quick to say ‘Mose, there are no permanent enemies or friends in politics.’

Similar political calculations and readings in the past had seen the former Commissioner remain solidly loyal to Baba Adedibu even at the risk of being stripped of his position in government.

For those conversant with Alleluyah, while his politics is interesting to watch and learn from, his personality is that of a masterful teacher. Unassuming and taciturn, Alleluyah is a perfect blend of a businessman and a teacher. He would miss no opportunity to take his followers through the rudiments of business while those had actually gone to him for no other reasons than politics.

Often times, his Sango Ibadan office becomes a business training ground for individuals who strayed into the premises on account of politics or other matters, as the Senator would handle his businesses in public glare and make vital points that could be wisdom nuggets for future entrepreneurs.

On one of such occasions, Alleluyah had challenged me to discountenance those urging me to tell him to hands off his small businesses, saying no business is small and that those who wanted him to stop monitoring his small businesses were out to sabotage them before moving to ruin the assumed big ones. He maintained that he would continue to pay 100 per cent attention to all his businesses irrespective of the sizes, because they were what he had before he became a political big shot and were probably where he would return to if he failed in politics.

He had lectured me on the importance of a politician having what he described as a second address, stating that individuals without any viable business before joining politics would be bad managers of resources and would eventually ruin the society. Of this set of people, Agboola believes the society and the electorate should be wary.

In another of such lesson sessions, the Senator had, shortly after losing his bid to return to the Senate, asked me if I remembered how he told me that his business would be the only thing left for him if politics failed him and I said yes, I remember. He told a joke of how some patrons at one of his filling stations in the state were telling each other that they liked Alleluyah, that when he failed in his election, he faced his oil business.

This firm belief in industry and diligence as the plank for any good politician must have informed the Senator’s success story in his constituency when represented the Oyo North Senatorial District between 2011 and 2015. To date, the revival of the University College Hospital (UCH), Annex, Sepeteri, remains an enduring testimony to the legacies Agboola left behind as the Senator representing Oyo North. This, indeed, is apart from the thousands of people empowered in agriculture, business and education.

It can also be safely said that Agboola’s doctrine that only individuals who have managed resources before and have made a success of them should be entrusted with leadership in politics led to his strong belief and support for Governor Makinde, a man who has proven that theory and doctrine beyond a reasonable doubt with the excellent service delivery being experienced in Oyo State in the last two years and a few months.

Indeed, the prudent management of the resources of Oyo State and the attendant restoration of its glory and movement of its people from poverty to prosperity must excite Agboola, whom Providence has also placed in the strategic position of heading the Governor’s Advisory Council. As the saying goes that there are no bad leaders but bad advisers, it then follows that while Governor Makinde continues to attract adulations from the people for his people-centred governance and the GSM Effect, which have become manifest on all sectors, individuals like Senator Agboola and others working with the governor will also take a bit of credit for their efforts.

Today, there is no doubting the fact that innovative leadership and good governance have become the hallmark of Oyo State, making the state a cynosure for all eyes. In only two years, Governor Makinde has delivered on strategic projects including a 65-kilometre Moniya-Iseyin Road, which was started and completed within two years of the government, the Saki Township Road nearing completion, the Challenge-Felele-Idi Odo Junction Improvement Project and the world class and FIFA-standard Lekan Salami Stadium, Adamasingba, which is due to be commissioned in September.

The administration’s commitment to the improvement of the education sector has also led to over 500 infrastructure projects being delivered in the education sector, while the government ranks as second to none in the core area of ensuring that workers, pensioners and the citizenry enjoy the best things of life.
For Agboola, Governor Makinde is the quintessence of good governance and restoration of hopes and glory for Oyo State and this explains the strong support that the Igbojaye-born politician has been giving the administration since its inception. This also explains his declaration that residents of Oyo State have never had it this good, as according to him, Governor Makinde has been delivering on his campaign promises, ensuring a better life for all.

While several efforts have been made to disparage Agboola in different circles for supporting Governor Makinde, the former lawmaker has remained firm in his belief that with Governor Makinde, Oyo State is, indeed, in safe hands. Like Agboola, residents of Oyo State have a price to pay to continue to enjoy the good life which the Makinde administration has been giving- support the governor 100 per cent and seek its success in the interest of all.
But as Joshua said in the Bible that he and his household will serve the Lord, Alleluyah, like his name suggests, will continue to offer praises to God for giving Makinde to Oyo State residents and also continue to support the administration to achieve its vision of taking Oyo State to prosperity. So, to the number one fan of my Principal, Governor Seyi Makinde and a great political Leader from Oke Ogun, I raise a toast to 61 and hope that posterity may present him with garlands for his service to Oyo State.