HomeNEWSHand Over PTS Chairman, Dare Adeleke To ICPC, EFCC; Save Your Government...
NEWS 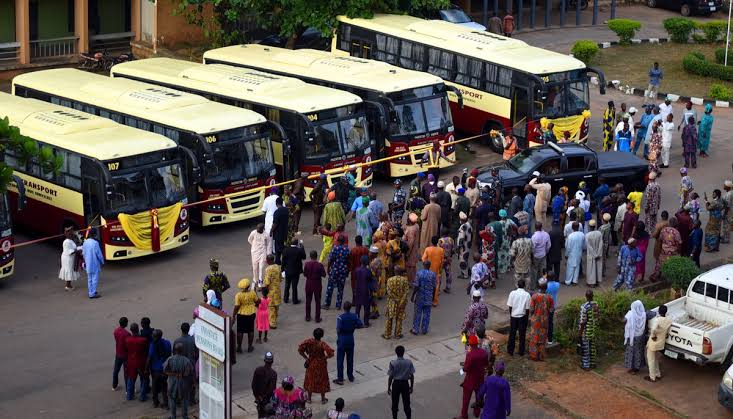 A non- interest group within the All Progressive Congress (APC) in Oyo State, Oyo Must Be Great (OMBG) has taken a swipe on the Chairman of the Pacesetter Transport Service (PTS), Mr. Dare Adeleke, over the unfortunate squandering and illegal selling of government valuable properties as scrap and termed as obsolete and unserviceable.

The group explained that; it is very unusual and unheard of that a government appointee like Mr. Dare Adeleke would be taken such a decision on government properties that is just some years old at the expense of taxpayers money without following due process and transparency of the process to the general public.

The group coordinator and convener, Hon. Ishola Akeem Adetoyese in his press statement on behalf of the group explained that, “The quantification of the sold buses as obsolete and unserviceable by Mr. Dare Adeleke is a slap on the present government face as that kind of decision can be likened to that of a prodigal son who has no second thought on the rationality and value for property before acted ingloriously and wastefully.

“If not that something hidden is there, why will the Pacesetter Transport Services (PTS) be quantifying buses of that status and that is in good condition as against the lies we are been fed as a scraping property?, and without allow the Gov. Seyi Makinde himself to be aware of the process. Is he hidden something from his principal or what is the real reasons behind the unimaginable quantification and illegal selling?”

“This is not about politics of APC-PDP, but about our collective properties that are been squandered away by someone that doesn’t have any taste for value of good things.

“It is even sad to be hearing the PTS Chairman saying the present government has increased both in value and income of the fortunes of the PTS when he has already begun the process of selling off the fortunes of the state under the guise of ‘obsolete and unserviceable’.”

“All the accounts of how the PTS is running is just a ploy that the Chairman is aiming to use in cajoling His Excellency, Engr. Seyi Makinde from surmounting him for questioning on why he is selling off those buses that are still serviceable and useful for the commuting of Oyo state indigenes illegally?”

Mr Dare Adeleke should provide the details of due process of everything for general public and provide answers to these questions such as; when did the board approve the sale of those buses? How many companies bided for the sale of buses? Was the state government aware of the sale of those buses? Why did the buyers have to come on Sundays? If due process was followed what could have warranted the petition from the members of the staff of organization? The group asked.

“By now, Gov. Seyi Makinde should have instructed the anti graft agencies to squeeze Mr. Dare Adeleke for that misappropriation and an obvious double dealing in the sales of government properties without following due process.”

“Even, the personality or company that is illegally buying and procuring those 22 buses as obsolete and unserviceable property need to be arrested for duping the state under false quantification and assessment.”

“It will be good for His Excellency, Gov. Seyi Makinde to help the present government in saving for themselves some honors by asking Mr. Dare Adeleke to step down from office so as not to frustrate the eventual investigation and for questioning and prosecution and if at the end of the day he’s not found guilty, he should be reinstated back.

“The group also advised Mr Dare Adeleke to stop mentioning APC whenever he’s having misfortunes in the government because APC as a serious party is too busy for the character like Mr Dare Adeleke or is it the APC that said he should not follow due process or is it APC that wrote petition against him? The group asked.

Oyo Speaker Rt.Hon.Ogundoyin Unimpressed As He Inspects Facilities At College of...