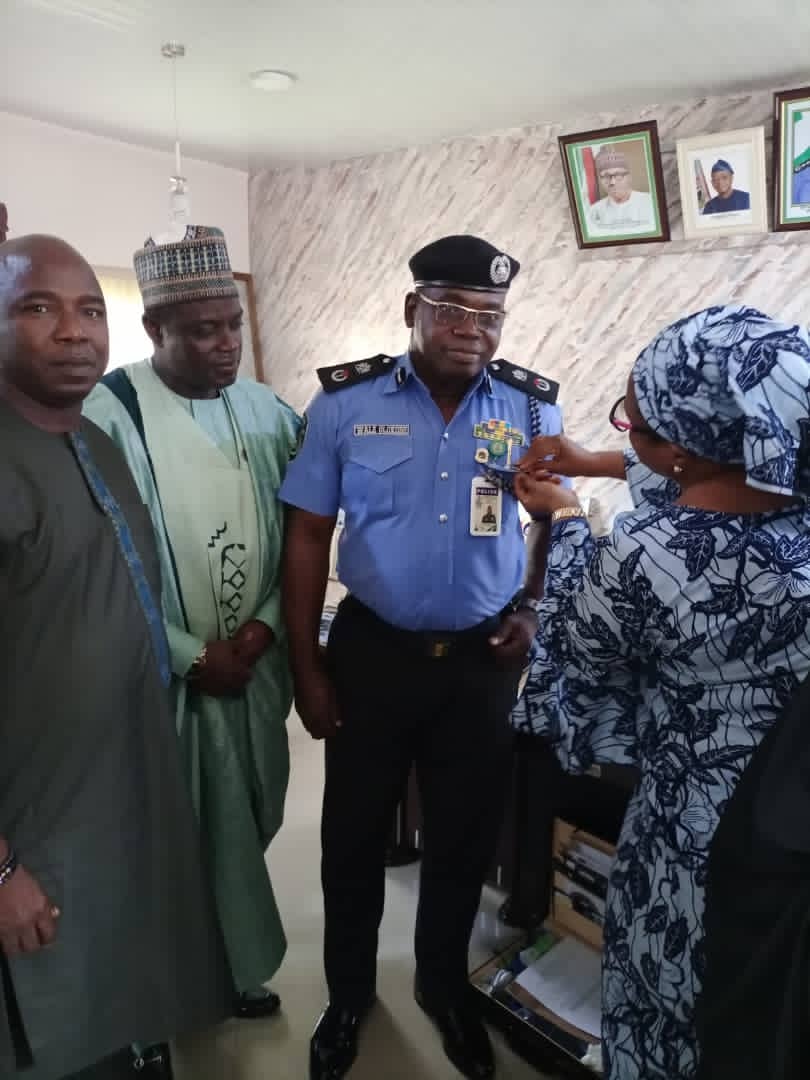 The Commissioner of Police in the State of Osun, Oshogbo, CP Olawale Taoheed Olokode (PSC) appreciated the visit of the Association to his office on Thursday, 12th August, 2021. He also commended the efforts of the Association and the Financial Consultant of the Association for the giant steps to put smile to the faces of the Widows, Orphans and other dependants of the Fallen Heroes who had sacrificed their lives for you and I.

CP Olokode promised to render all the maximum Support in line with the directive of the Inspector General of Police and other concerned authorities, that, all the processes for the actualization of the project will be given appropriate support.

In her own contribution, the National President of the Military Widows Association, Mrs Gift Veronica Aloko, the Wife of the Late Rear Admiral Aloko, expressed her profound gratitude for the reception, words of encouragement and show of love to the concerned beneficiaries of this Scheme.

In the same vein, Mrs Aloko also delivered the message of the MIWA’S Mother, Mrs Salihu Ibrahim, the Widow of the former Chief of Army Staff, MIWA BOT Representative, Dr (Mrs) Aishat Lemu and National Secretary, MIWA, Mrs Deborah Abel, that, in a couple of days, a training for the support of Widows will commence nationwide and will assist the widows to be self reliants.

The National President, MIWA emphasized that, they have been granted an approval by the Presidency through the Ministry of Defence under the Nigeria Legion Act to begin the sales of Stickers, Hackney Permits, Daily Tickets and badges and the proceeds from this sales will be used for the training, empowering and taking care of other needs of the widows and other dependants of the Fallen Heroes.

In his own remark, the Financial Consultant to the Association and National Project Coordinator, Alhaji M.A.Muhanmed stressed that, the patnering with the Association will never be a disappointment to the authority Concerned and also appreciated the support of the Commissioner of Police, State of Osun, CP Olokode, for the display of competency, working- friendly- relationship and spirit of welfarism towards the success of this visit and Project in particular.

In his final submission, CP Olokode appealed to the Association to Consider the Wives of the Fallen Police Officers who also died in the service of their father Land, because, just recently, five officers died in the robbery incident in the State, many died during the one incident or the others accross the states. Therefore, if this gestures is extended to such families, will have greater impact in the lives of those dependants.

On behalf of the Command of the State of Osun, the Mouthpiece of the Command, SP Opalola Yemisi, who coordinated the decoration of the badge for the CP by the National President, appreciated the Presence of other Senior Officers as part of the hosts and appreciated CP Olokode for making them Proud in Osun in terms of his track records and act of versatility to the duty.

On a final notes, the National President granted the express approval to the request of the CP Olokode and assured that, the message will be given due attention at the next BOT meeting.