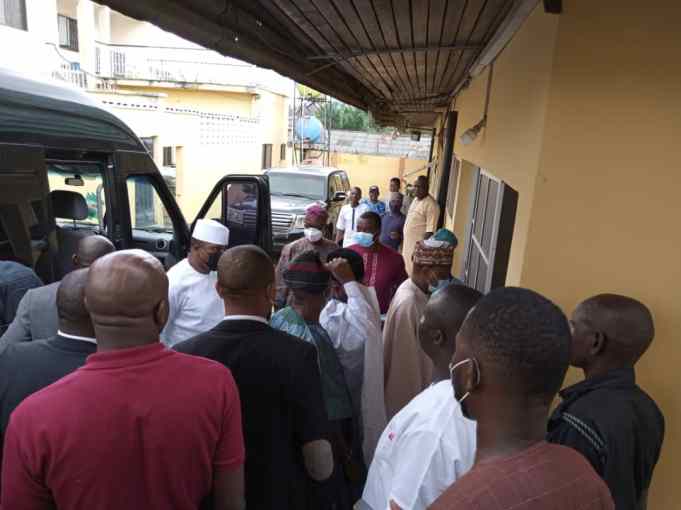 Three serving governors on the platform of the All Progressives Congress, APC, Sunday afternoon visited the Ibadan home of Rashidi Ladoja, former governor of Oyo State.

Though details of what they discussed were still sketchy as at press time, Source exclusively gathered that the meeting was in a bid to lure the highly respected politician to the ruling APC.

The meeting which took place behind closed doors, held between 1:35 and 2:29 pm.

This newspaper recalls that the party had lost the state to the PDP in the 2019 governorship election after the APC had ruled for 8 years.

They, however, declined comments after the event.