Why I Joined Others To Call For Secondus’s Resignation – Arapaja 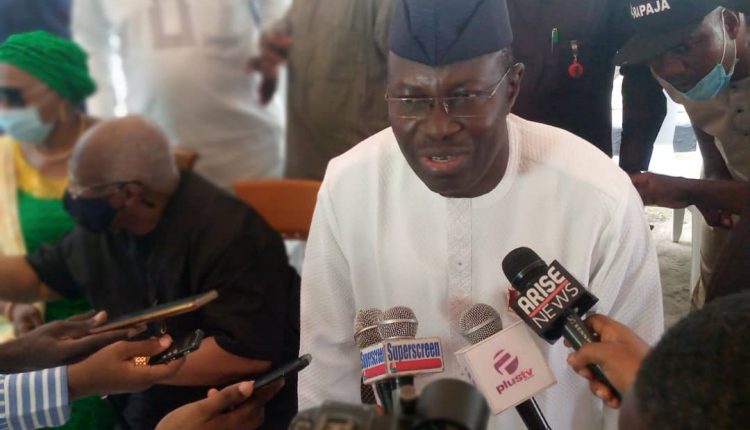 National Vice Chairman (Southwest) of Peoples Democratic Party (PDP) Taofeek Arapaja on Saturday explained he joined others to call for the resignation of the National Chairman Uche Secondus because the party is crumbling under his leadership while he is undisturbed.

The PDP leader was among those calling for Secondus’ resignation in the last two weeks, which led to the meeting of the National Working Committee (NWC), governors and members of Board of Trustees (BoT) last week.

The meeting prevailed on members to stop the move to force out Secondus and fixed national convention of the party for October.
Arapaja, who was recently elected, said he added his voice because the national chairman was not showing signs he wants PDP to win future elections.

He also alleged he was also not running the party in a way that it will provide virile opposition to the governing All Progressives Congress (APC).

Arapaja, who was the deputy governor of Oyo State from 2007 to 2011, explained that Secondus did not give a damn that three governors defected to the APC within three months.
Rather than agonize over such defections, he alleged the PDP boss retorted on occasions that each of them has only one vote to contribute.
He described such attitude as selfish, stressing that he could not be comfortable with such a leader that does not seek the progress of the party.

Rather than make genuine moves to resolve crises rocking the party in states and regions, Arapaja said Secondus was completely nonchalant.
According to him: “You will not like to change a winning team. But if a team is not winning, and your objective is to win, because I’m committed to winning and I don’t understand any other language apart from winning, then I will be spared for calling for his resignation.

“He is just sitting down in Abuja. So, the party is not doing well. We are not playing the role of a very strategic opposition party.

“So, for those of us who believe in winning, repositioning the party, we had to stand up before the party collapses.

“If you are committed to the party, if you are not PDP in the morning but APC in the night, you will be worried.”

Wike To Atiku: Don’t Blame Me If You Lose 2023 Election